Left camp early and after walking through Stonethwaite we rejoined the path and immediately stared to climb. At the beginning it was a a gradual, signal track that was ok. This was for one and half to 2 hours and we climb 400m. We stopped for a break at this point and met a really nice couple from Canada (Mary & Doug) who were walking the C2C. They were attacking it by, as we found on this trip, the most popular way were they were staying in accommodation each night and then a company moved their belongings onto the next stay leaving them day bags to carry on their walk. We had a nice chat and then walked off up what was a very steep section which involved stepping up rocks, a bit of scrambling and a bit of climbing. This went up another 200m until we reached the summit. As with a lot of walking in the Lake District once your up the only thing to do is walk down!

Once down low again we traversed along the bank and through Grasmere Common then across some nice pastures onto  Mill Bridge. Then it was like a rerun of the morning in the hight we would climb and descend. This was the Helvellyn hill range and it was a little easier as it wasn’t as rocky but still 600m up and down over 6 to 8 miles is not exactly easy.

Once back down we made our way into Patterdale which is a lovely little village with a small shop that sells almost everything you could need! We stocked up and after leaving a message on the white board for C2C walkers we made our way to our campsite.

Once again a great campsite, Side Farm Campsite. 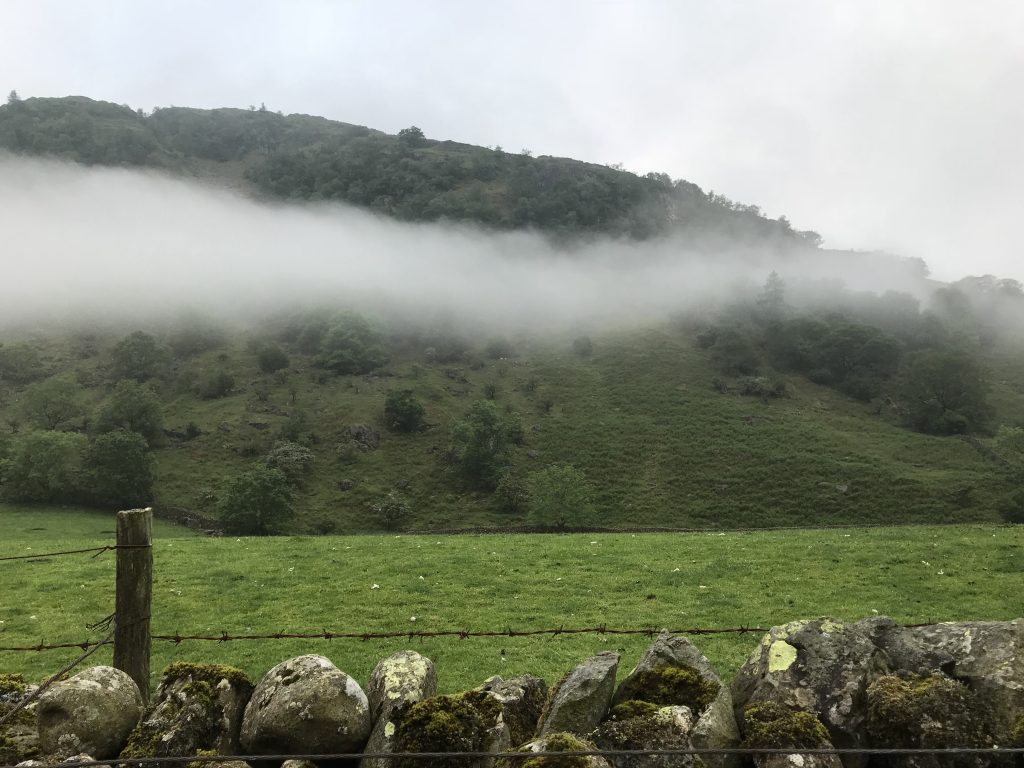 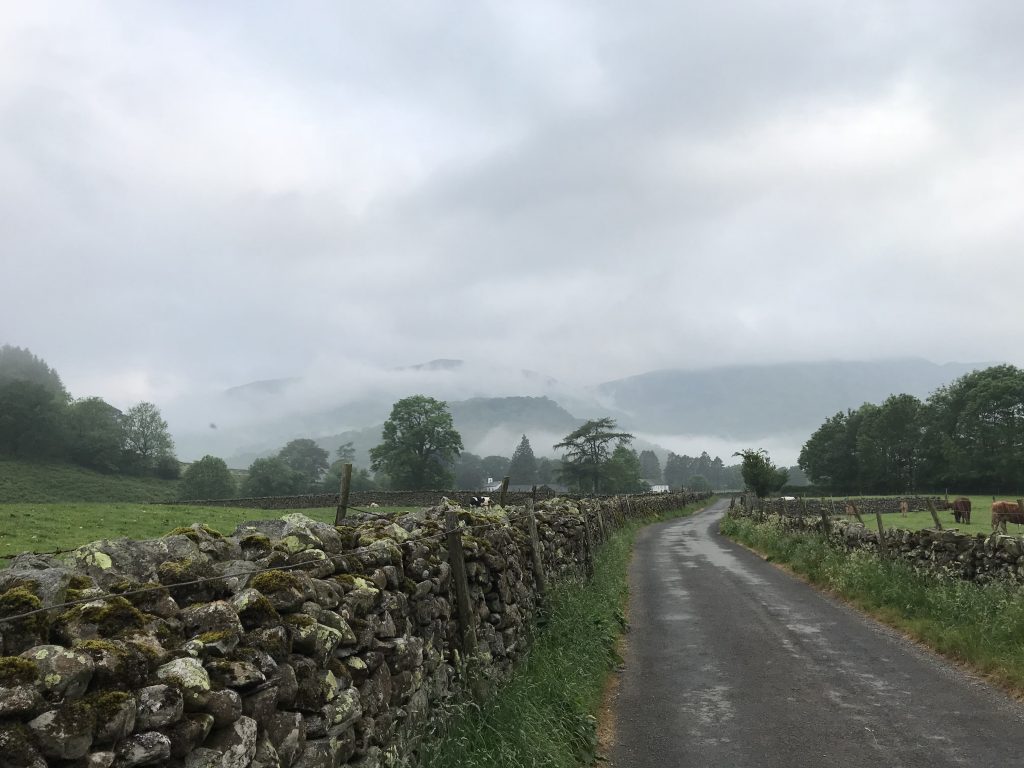 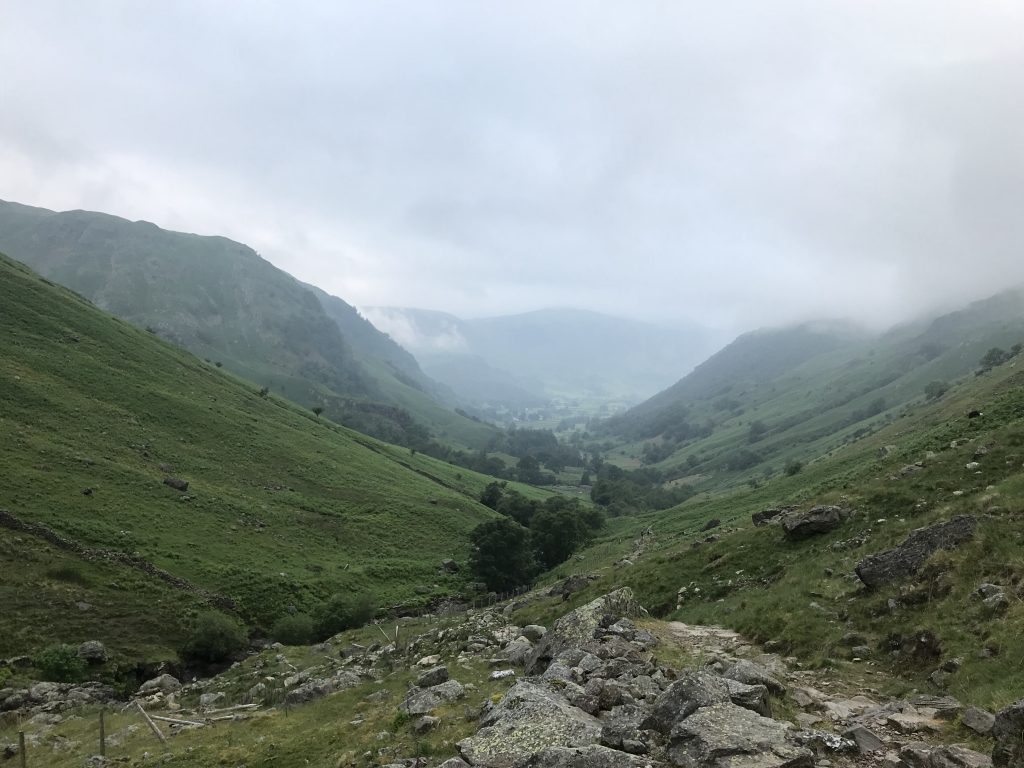 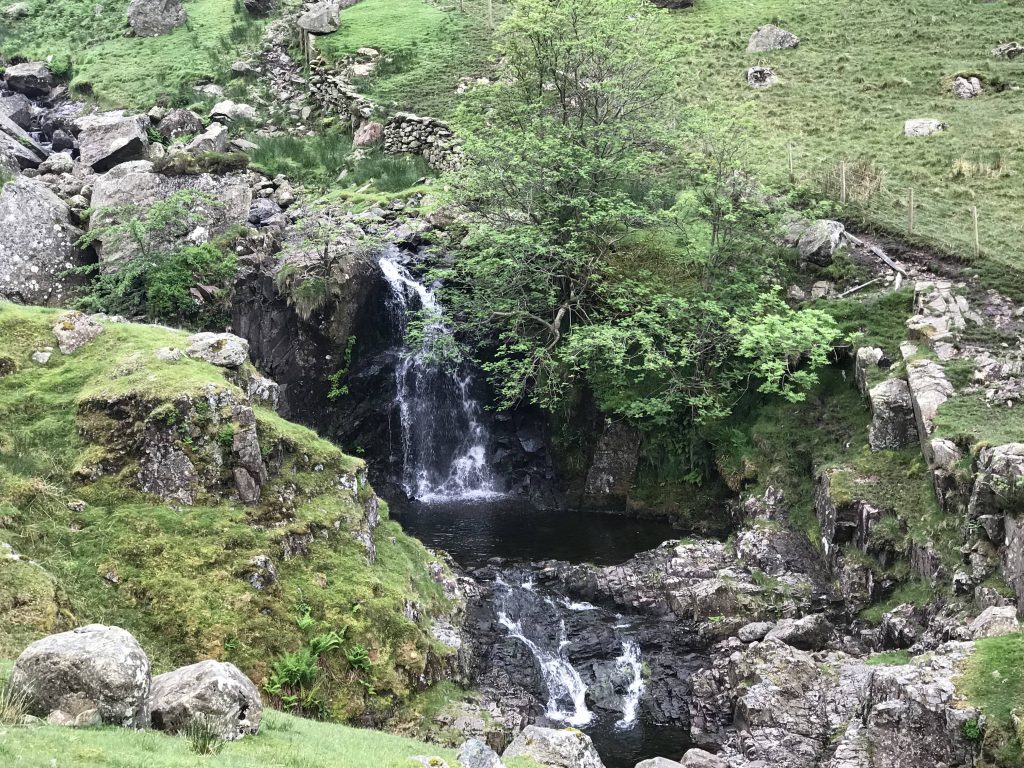 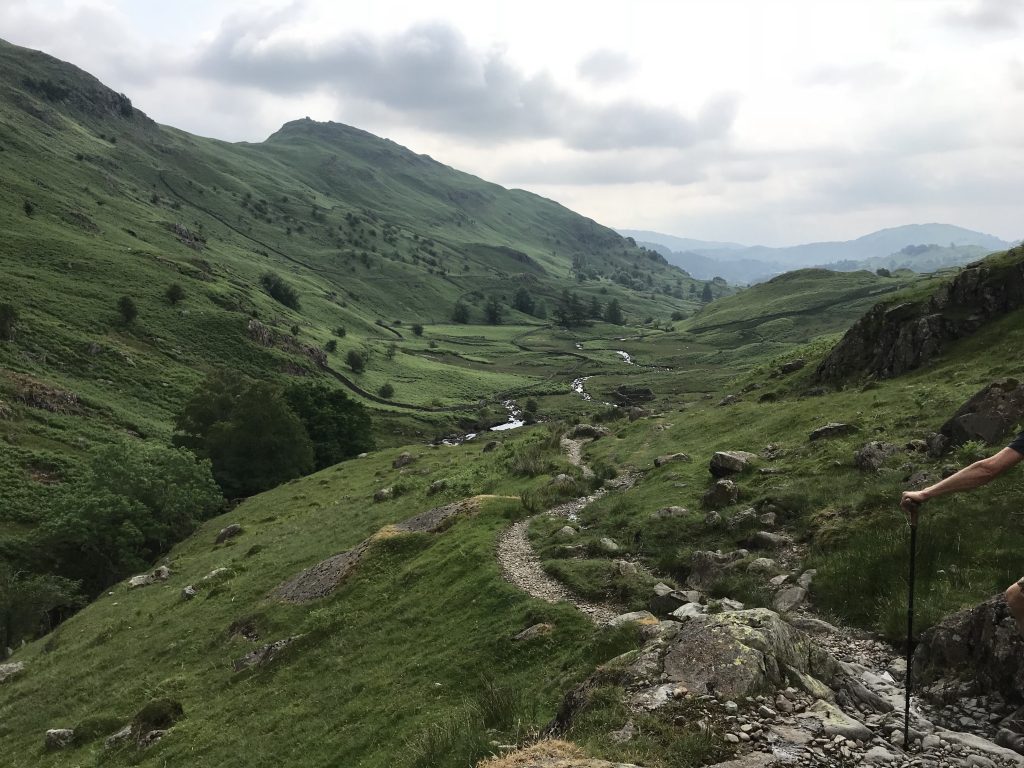 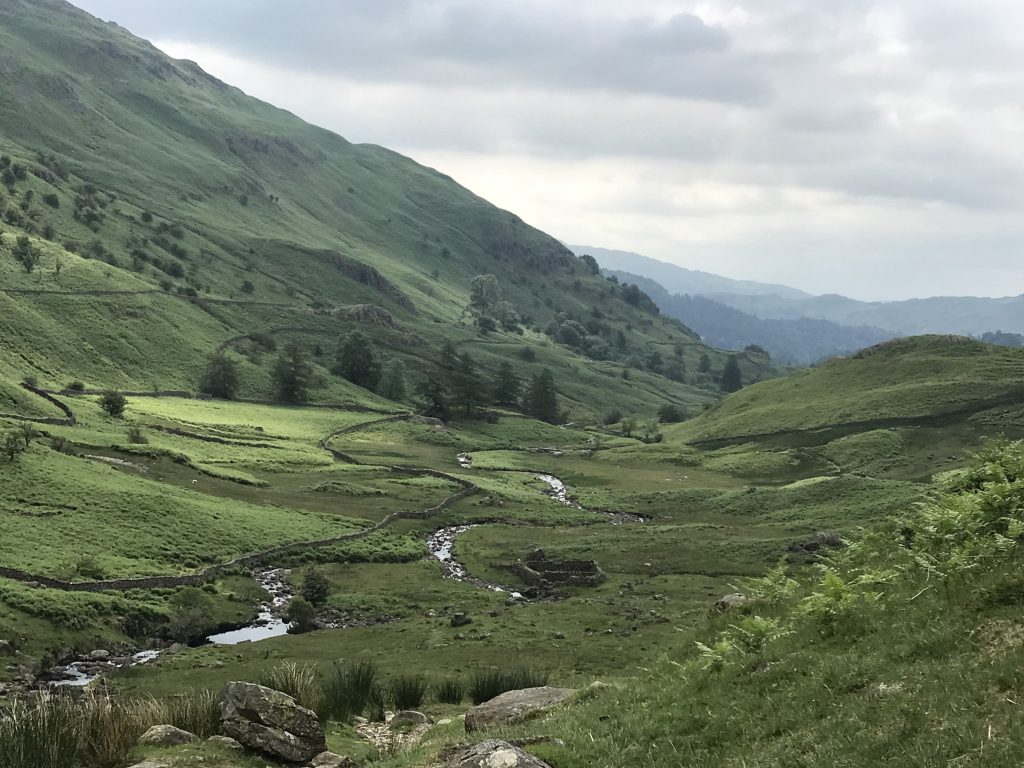 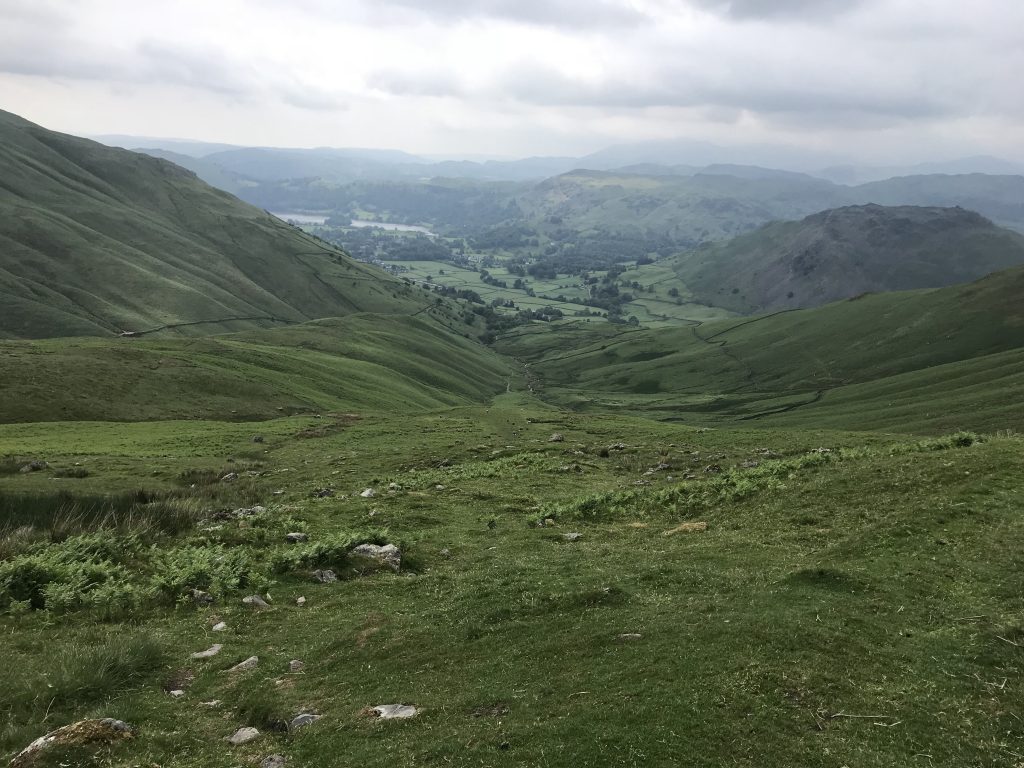 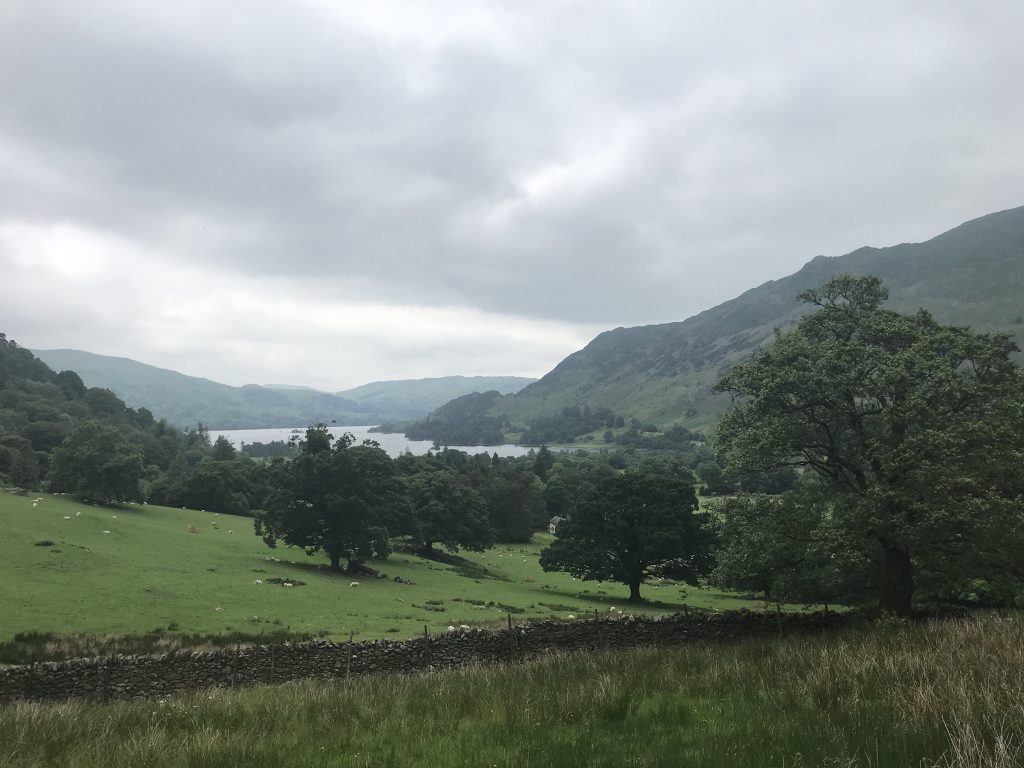