Well this is it, the last day of the trip!!!! We started off early as always got back on the path and was soon in Egton Bridge. We were too early for anywhere to be open so we carried on to Grosmont. On the way we had to move to one side as a heard of cows came hurrying down the road not being walked by anyone. It was as if they saw a gate open and took it. We asked a passer by if they were local and if they knew if this was normal. They informed us they were off to let the farmer know his cows had made a run for it!!!

Grosmont is a real English Heritage village that looks preserved with its train station and village co-op that has been there since 1867! We made use of the shop and then carried on our way.We followed tracks and came upon Littlebeck which had a few cutbacks on the paths so you had to be on your toes to make sure you were on the right path.

This lead onto some lovely plantation and a path across open access to Middle Rigg where it went back to good pasture and on into Little and High Hawsker. We carried on and after a short while came to Northcliffe Holiday Park which you go through to get to the coast. That’s THE EAST COAST!!!

We had done it! We were now walking down the east coast of England and in 3 miles would be in Robin Hoods Bay! This was magical to me, walking and chatting with Robin who together we had just crossed the country! We glided into our last campsite  Hooks House Farm.

We walked down the steep hill in the village did the traditional thing of photos and signing the book in the pub and the hit the chip shop.

So that’s it, unfortunately the journey was finishing. I set my self this challenge/adventure and enjoyed it more than I could ever have dreamed (many, many thanks to Robin!!!)  and soon it will be time to set the next, until then…………. 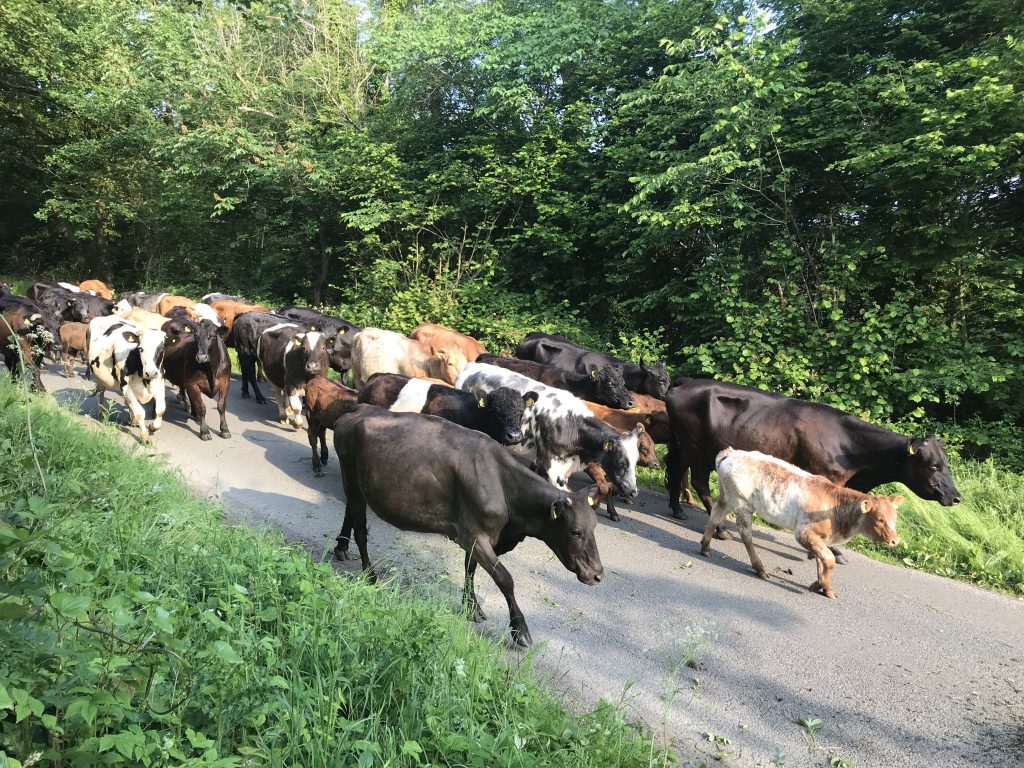 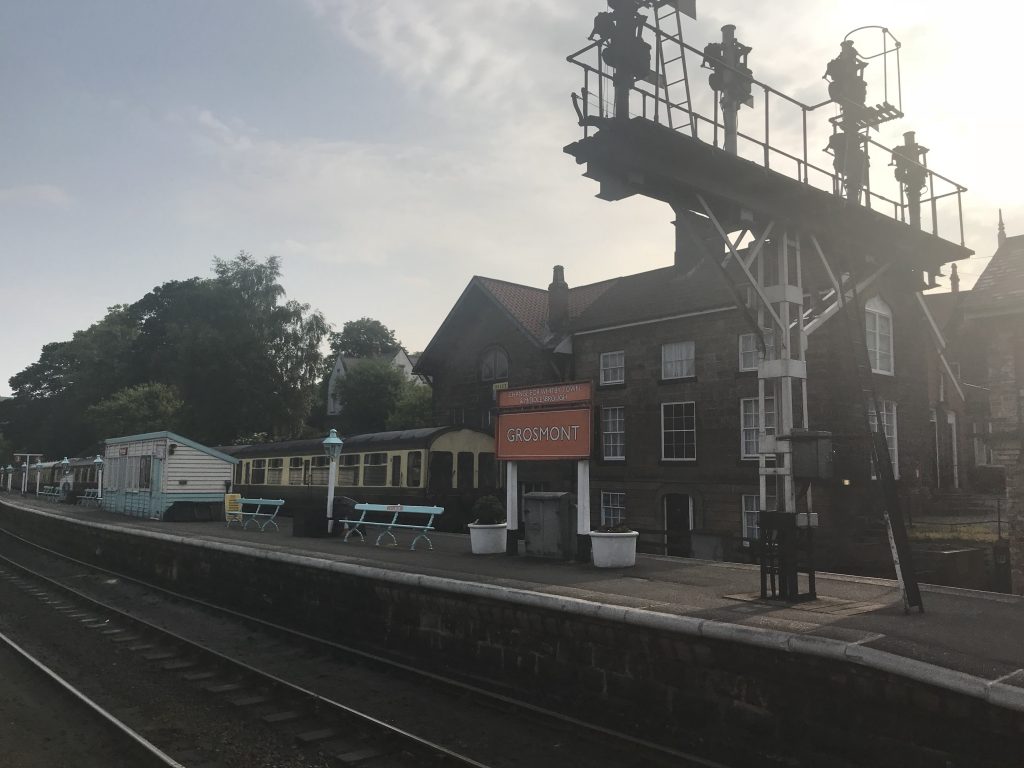 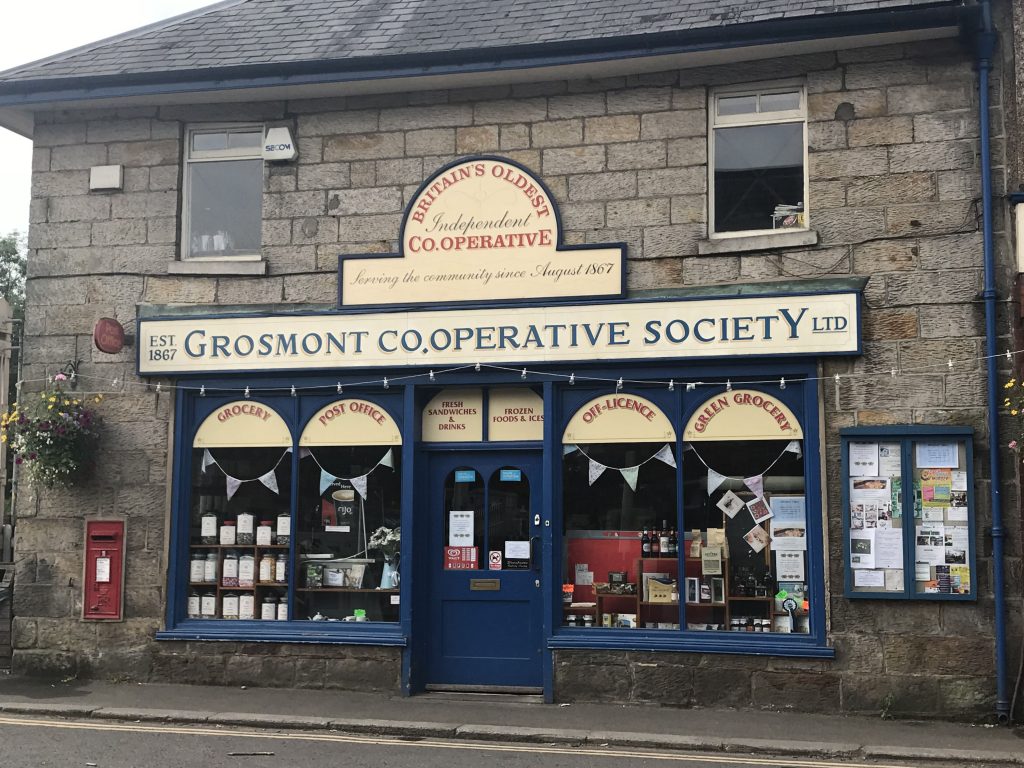 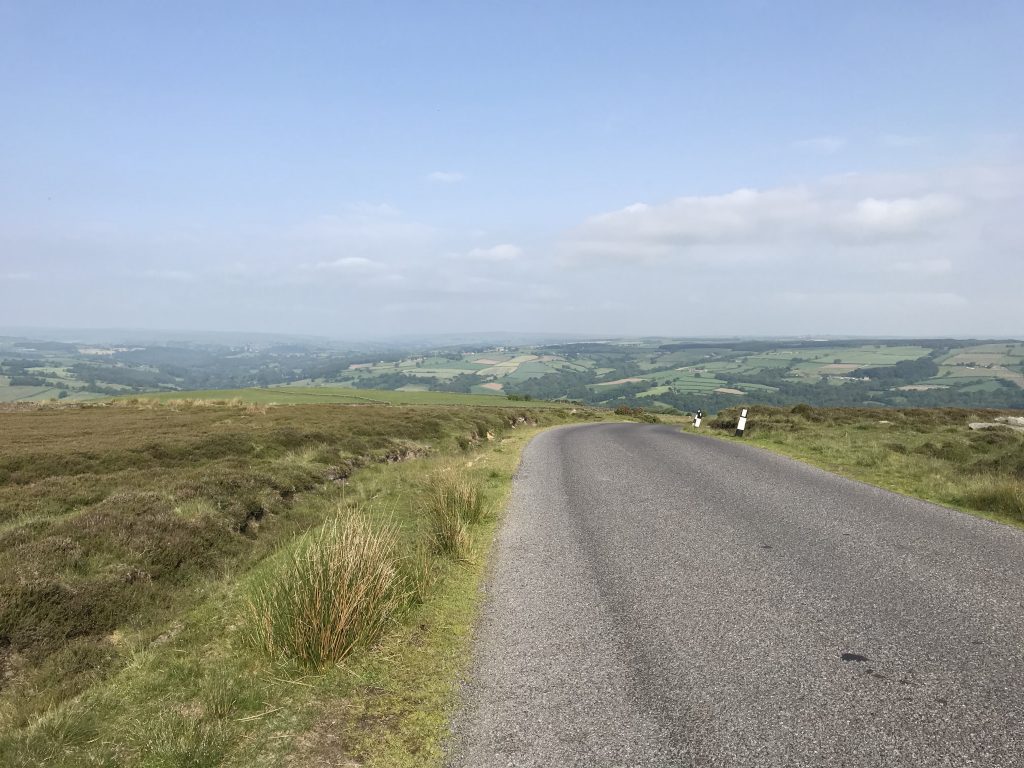 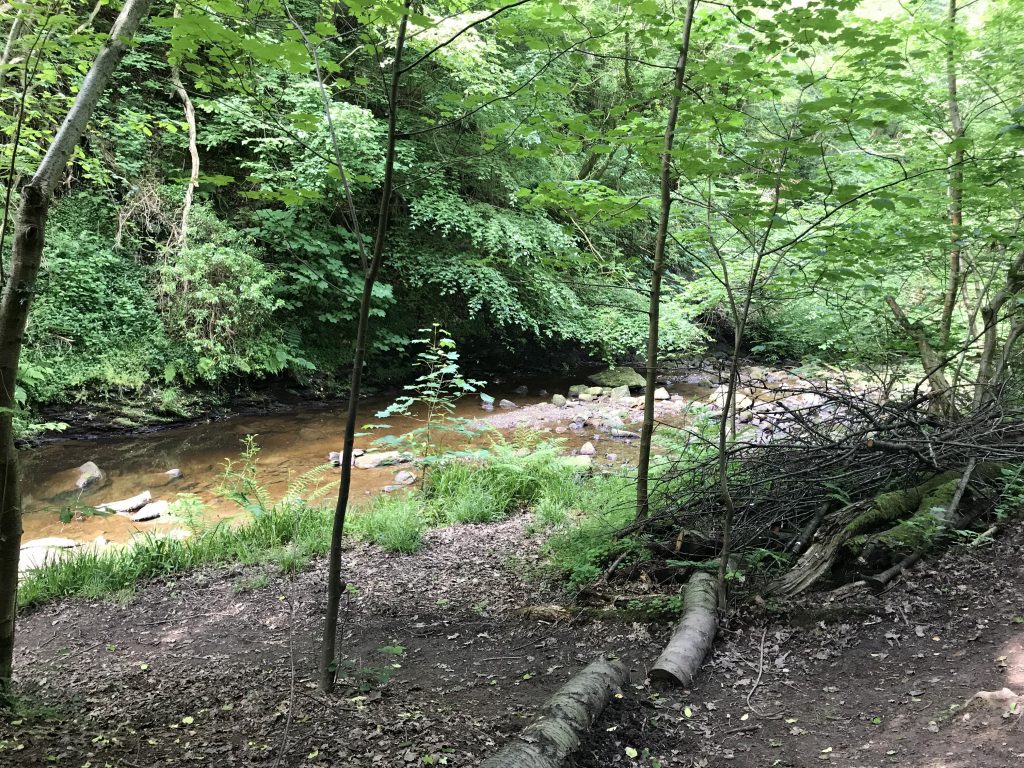 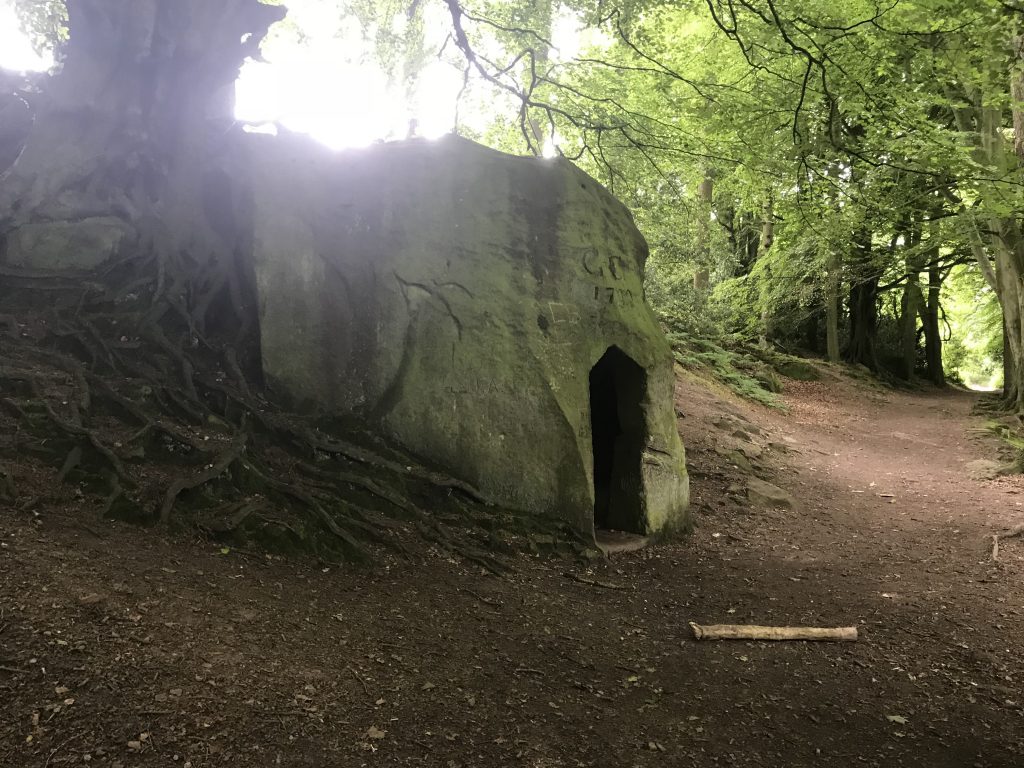 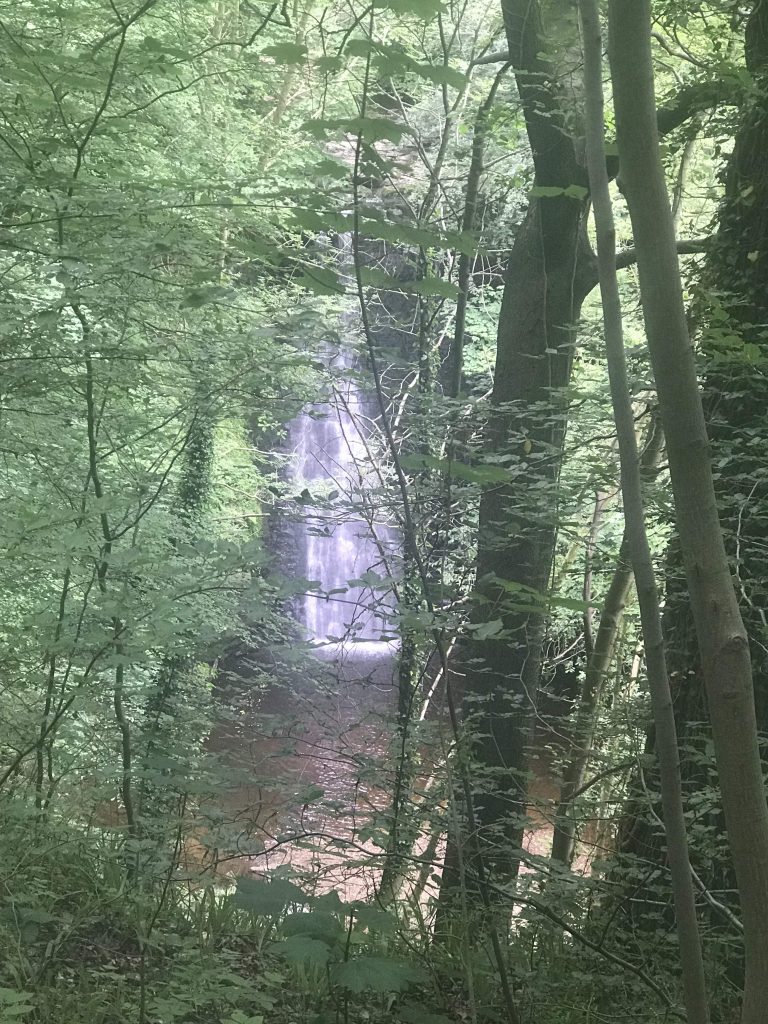 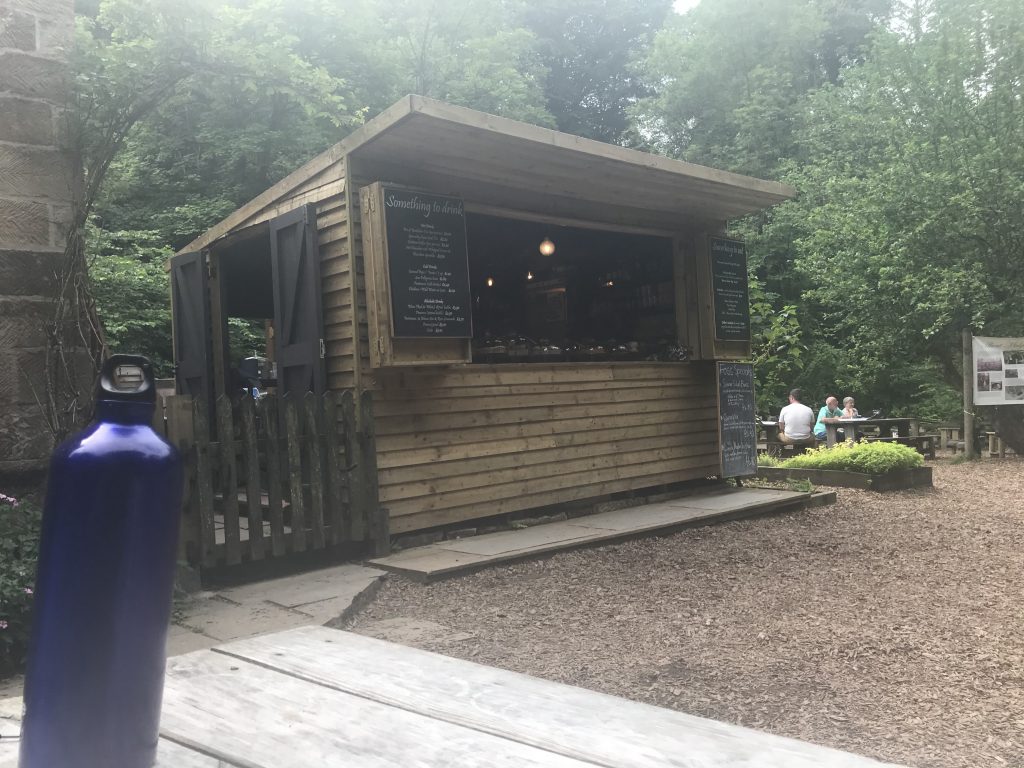 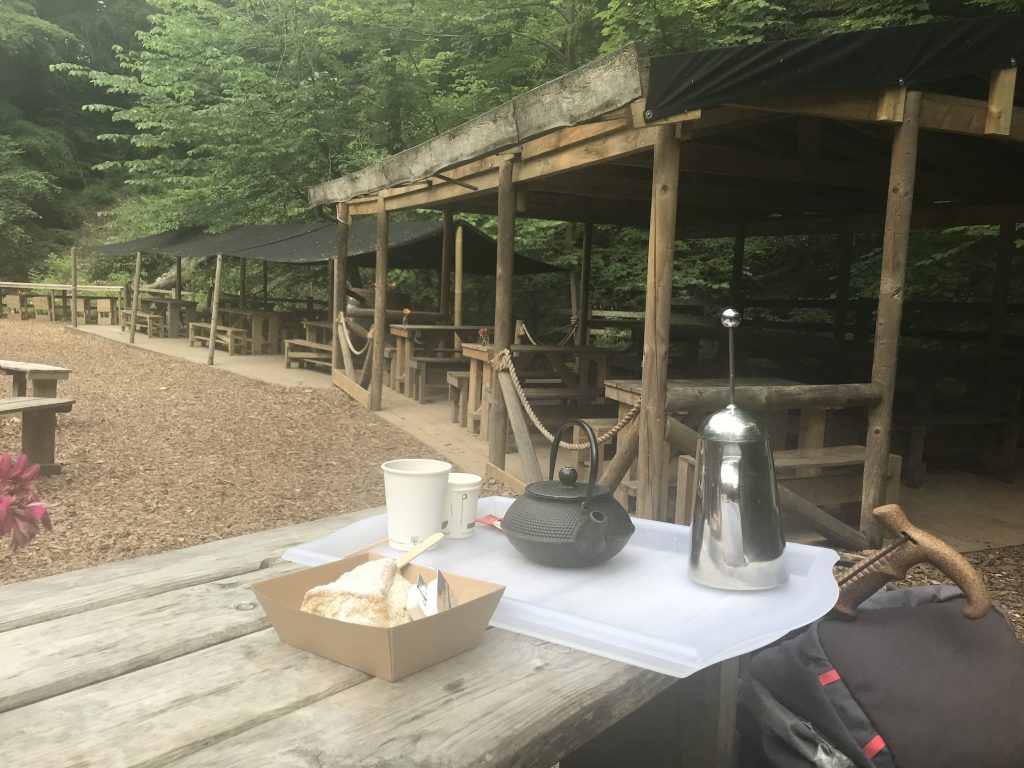 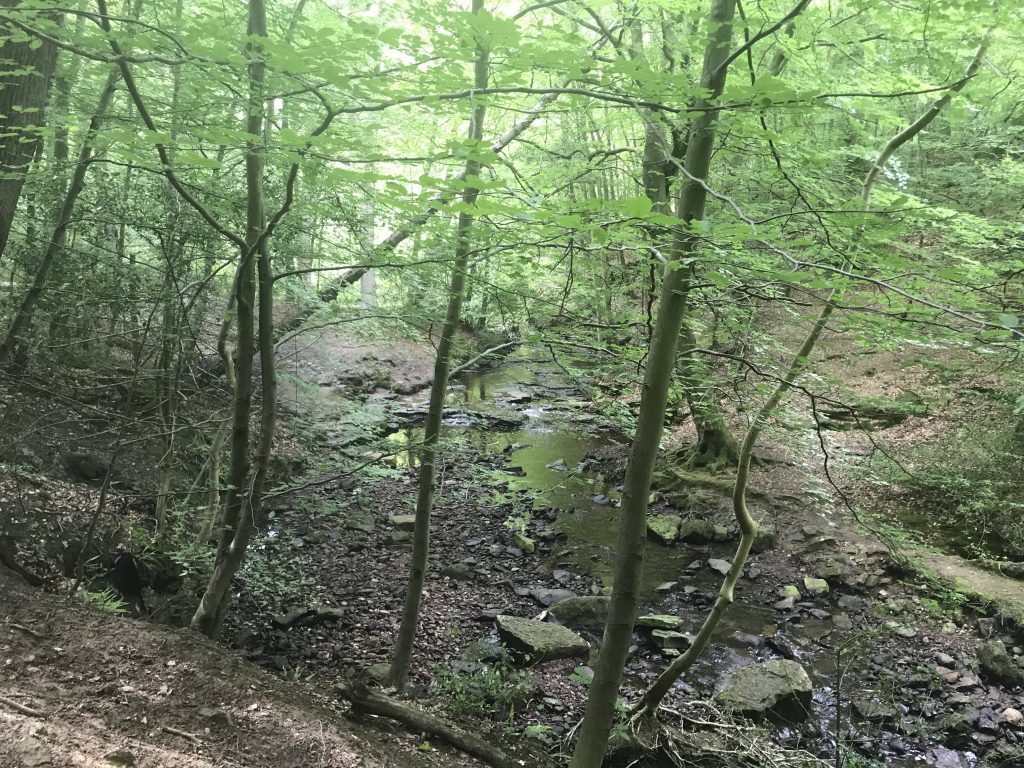 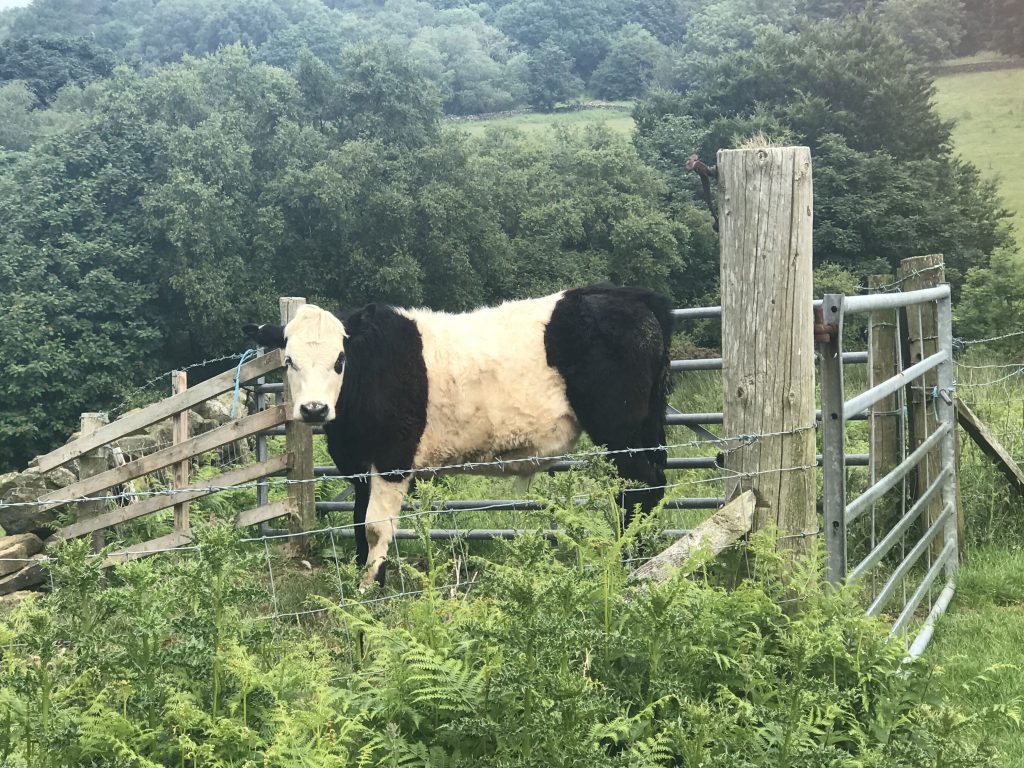 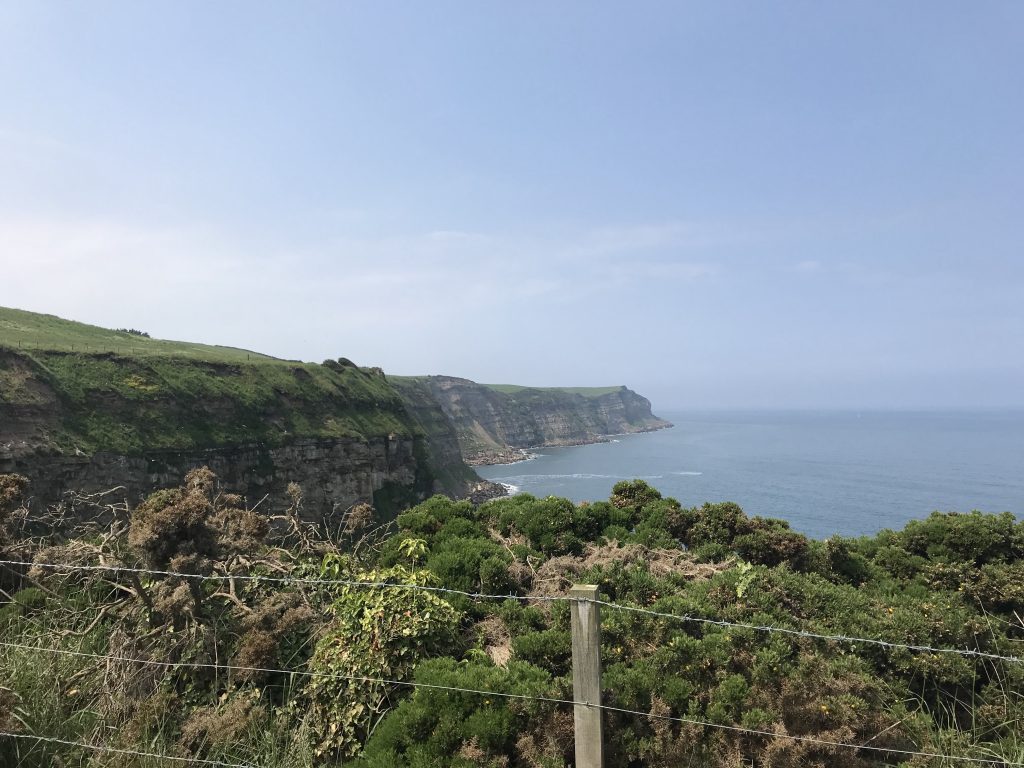 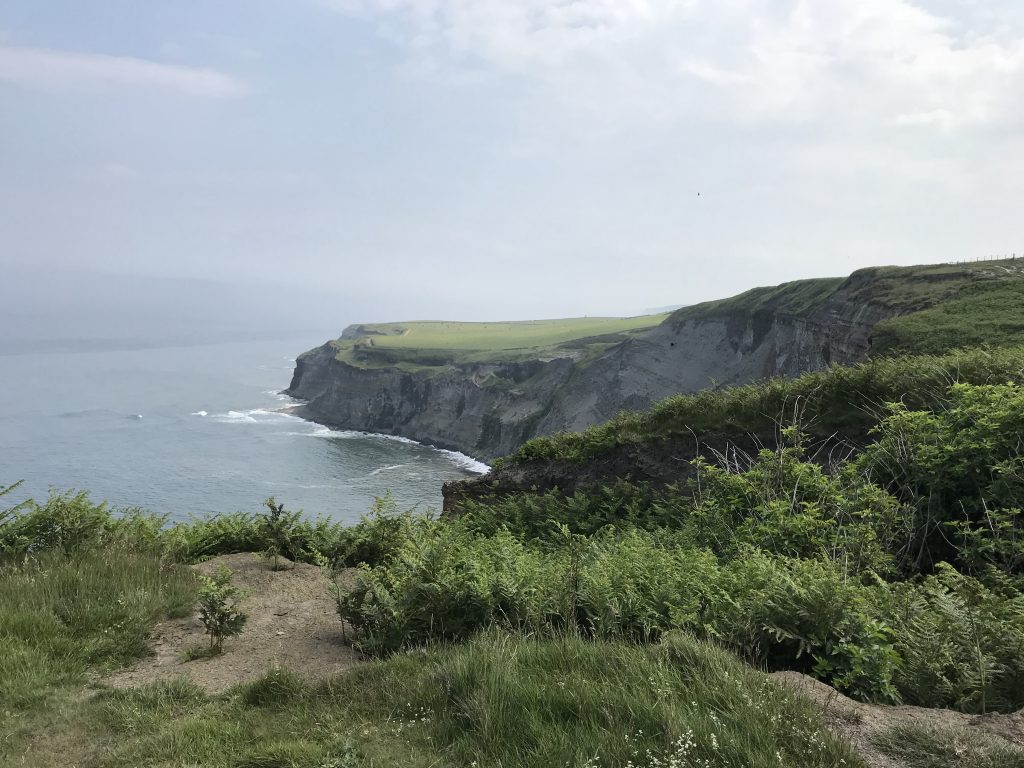 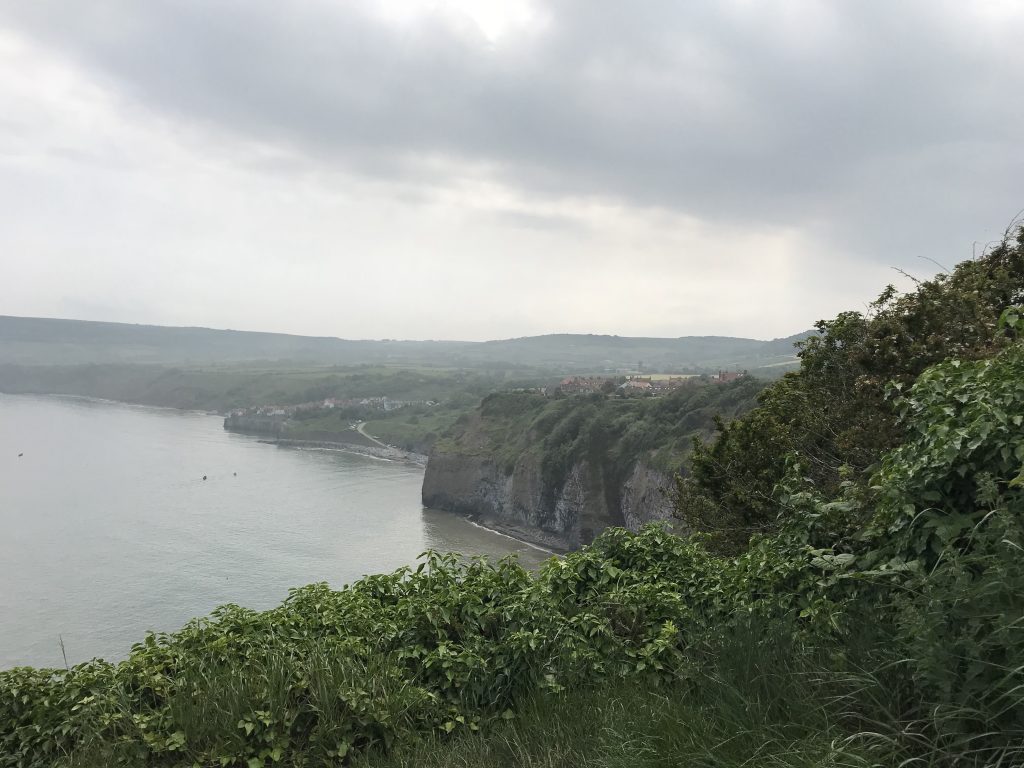 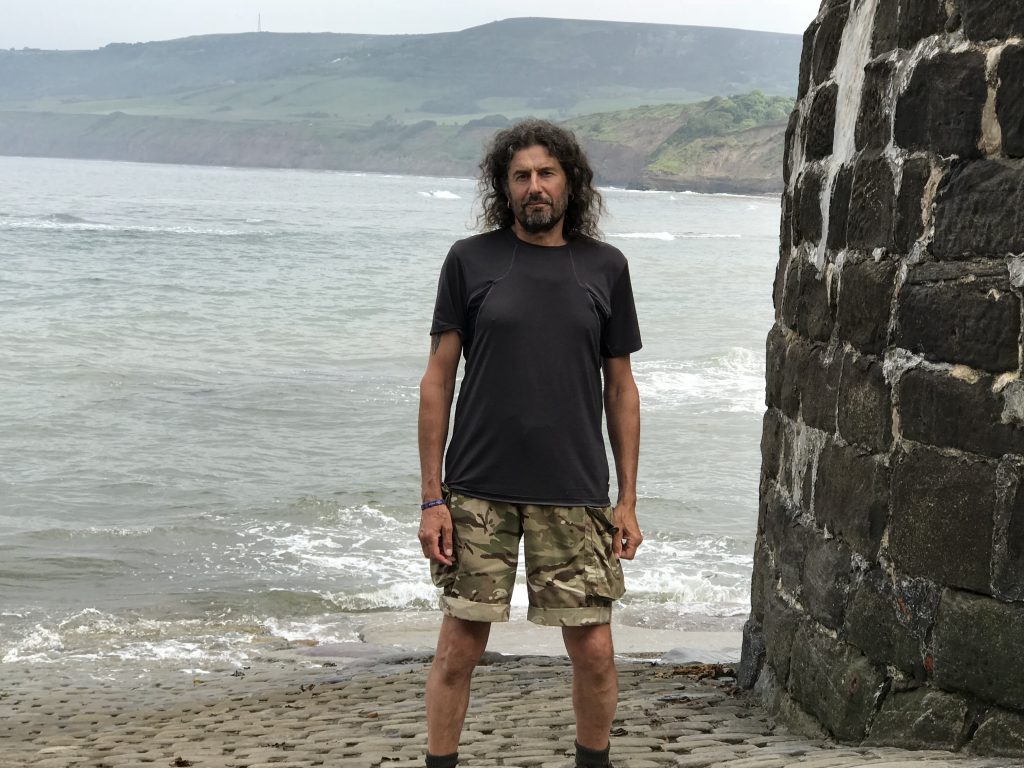 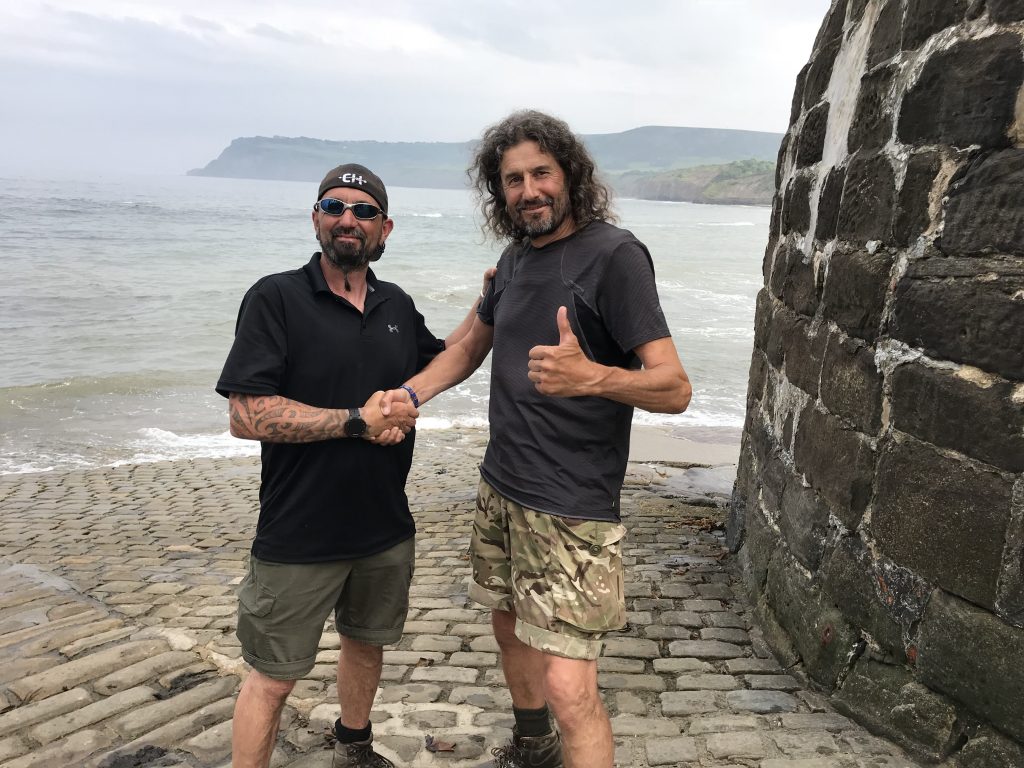