Left the campsite nice and early and bumped into Mary & Doug straight away. We walked together for a while and then off course the climb started! It was more relaxed than the day before but after 3 hours we had climb to nearly 800m. We met an American (Andy) going up who was walking the path to Richmond on his own before breaking off to go sight seeing in York. We actually met quite a few other walkers on the walk but most where from other countries which is kind of weird! When we got to Kidsty Pike the highest point we had lunch with Mary & Doug .They gave us a bag of Trail/Nut Mix straight from Canada, lovely. Once again we were enjoying lovely weather, it was cloudier at the top but once we we had made the steep descent the jacket I was wearing was soaked!

We were then at the beginning of Haweswater Reservoir. We walked the path at the edge of the water for the whole of its 4 and half miles and the views were stunning!! Everywhere you looked, it was beautiful and the the scenery just kept changing!

The next part of the walk was walking through woods. It was dreamlike with streams and rivers, low hanging trees, bright greens of every shade, just so picturesque. We then came out onto open land again for a little while which took us to Shap Abbey . After we crossed more fields into the village of Shap itself. There was a nice shop like a Co-Op that we stocked up in and then went onto our campsite.

We camped at New Ing Lodge  which also does Bed & Breakfast where would you believe it Mary & Doug were staying! Wehad a nice dink and a good chat together.Again we found this place to be excellent, everything you could want at the back of a place selling good beers and food!! 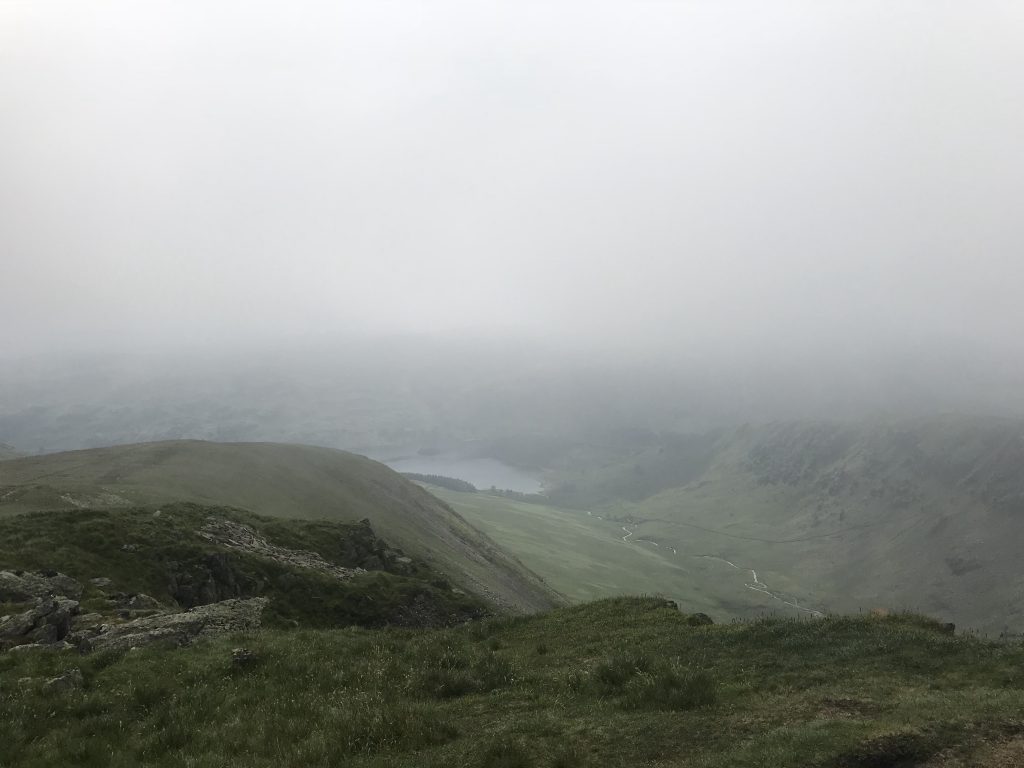 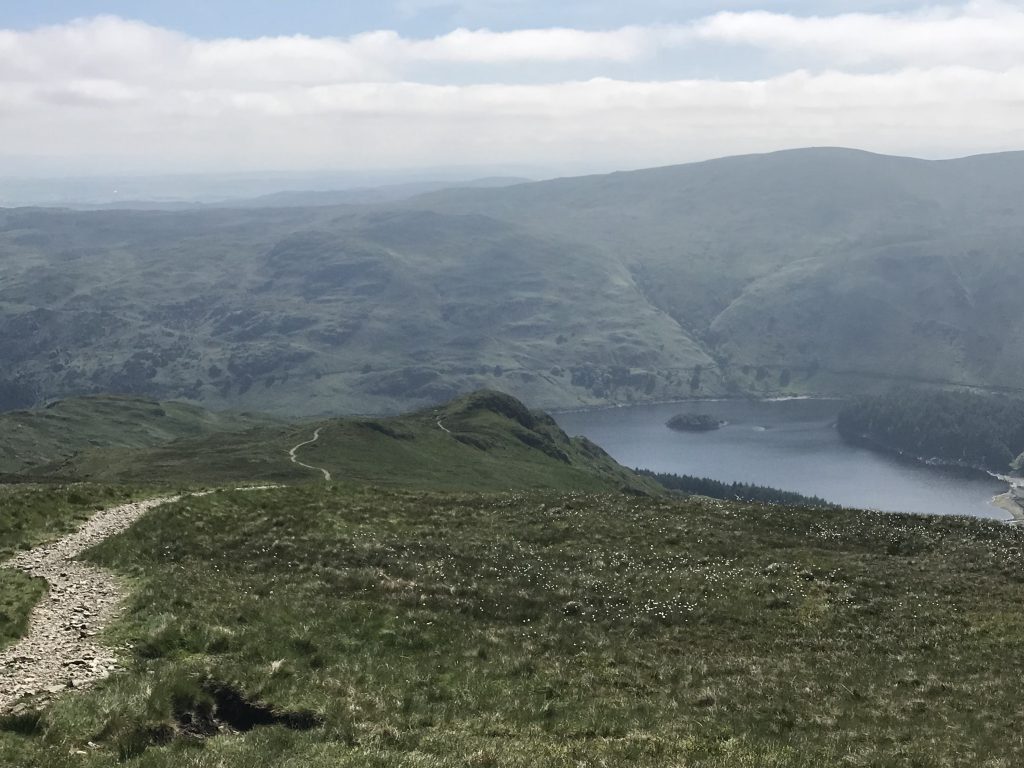 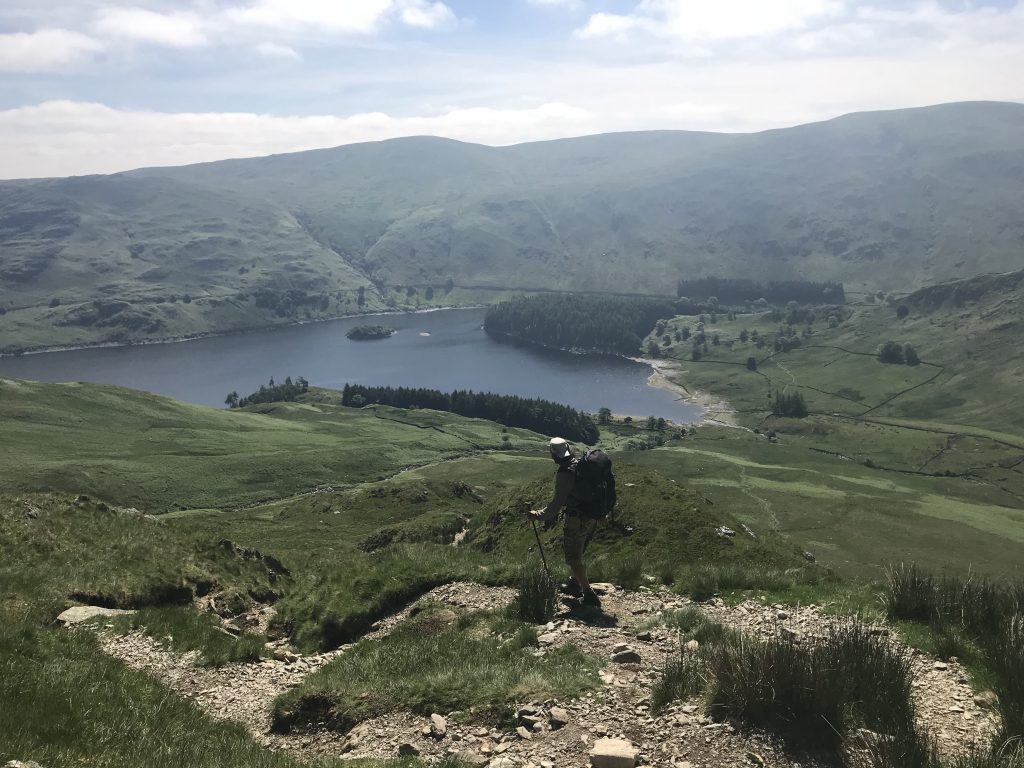 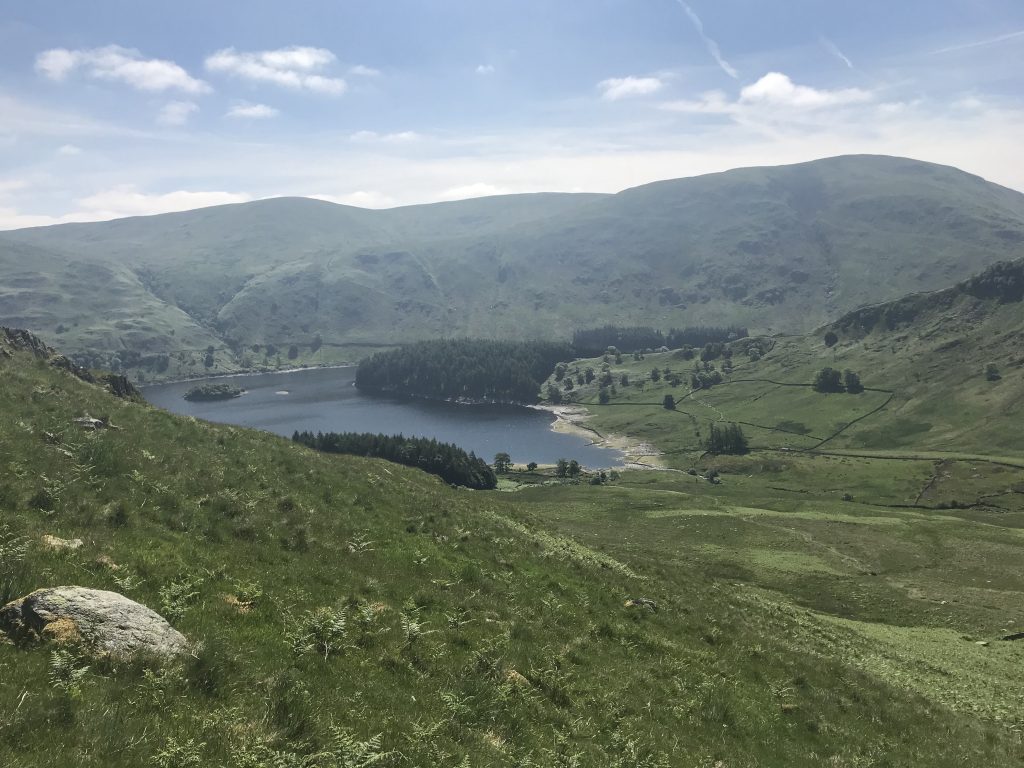 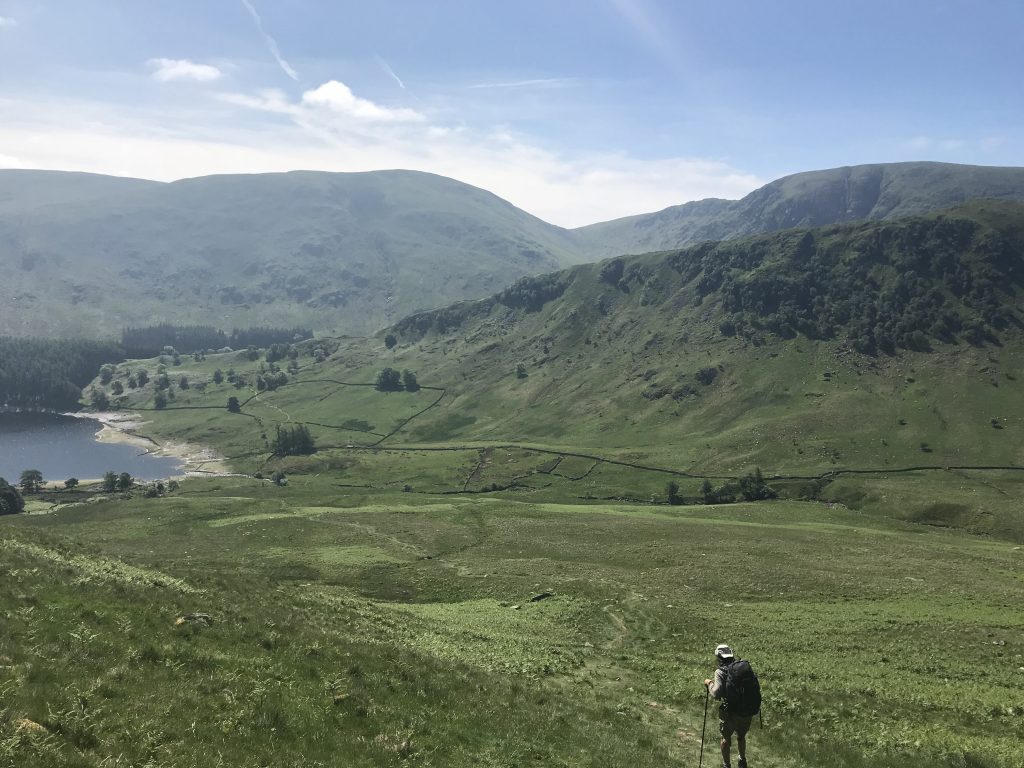 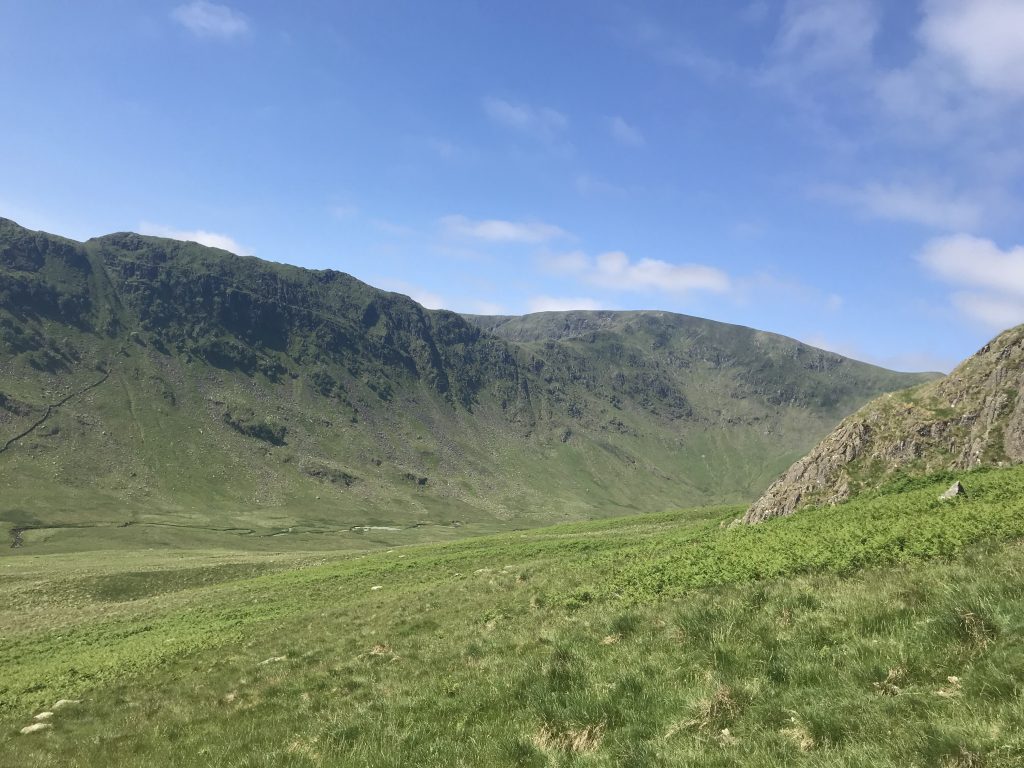 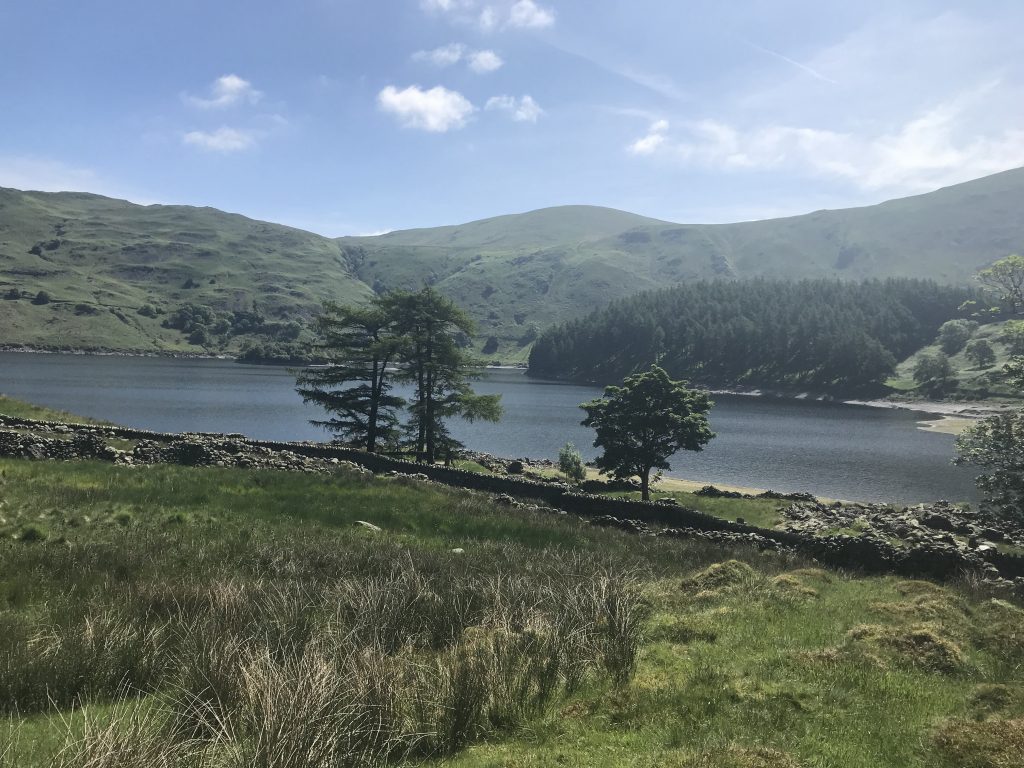 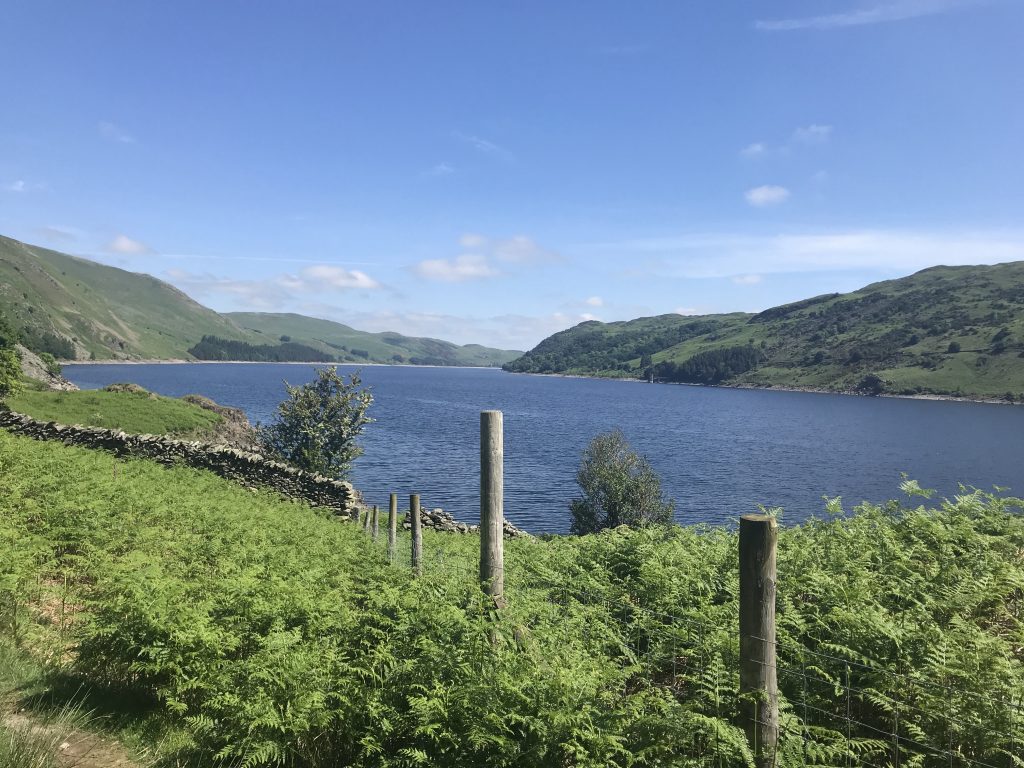 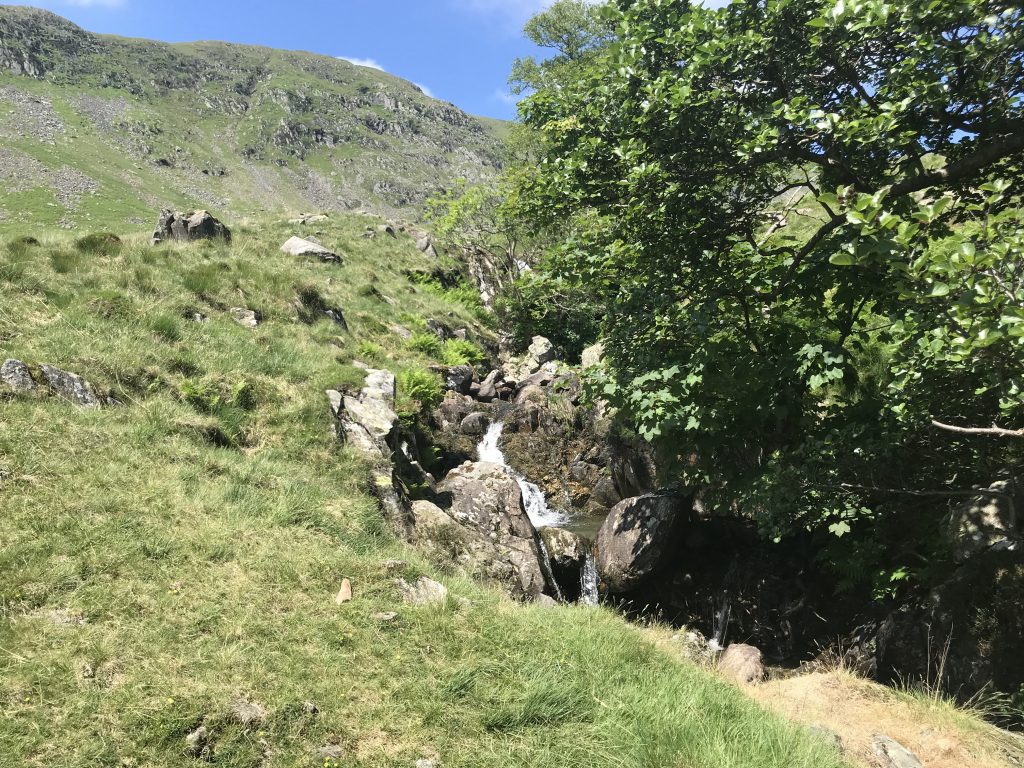 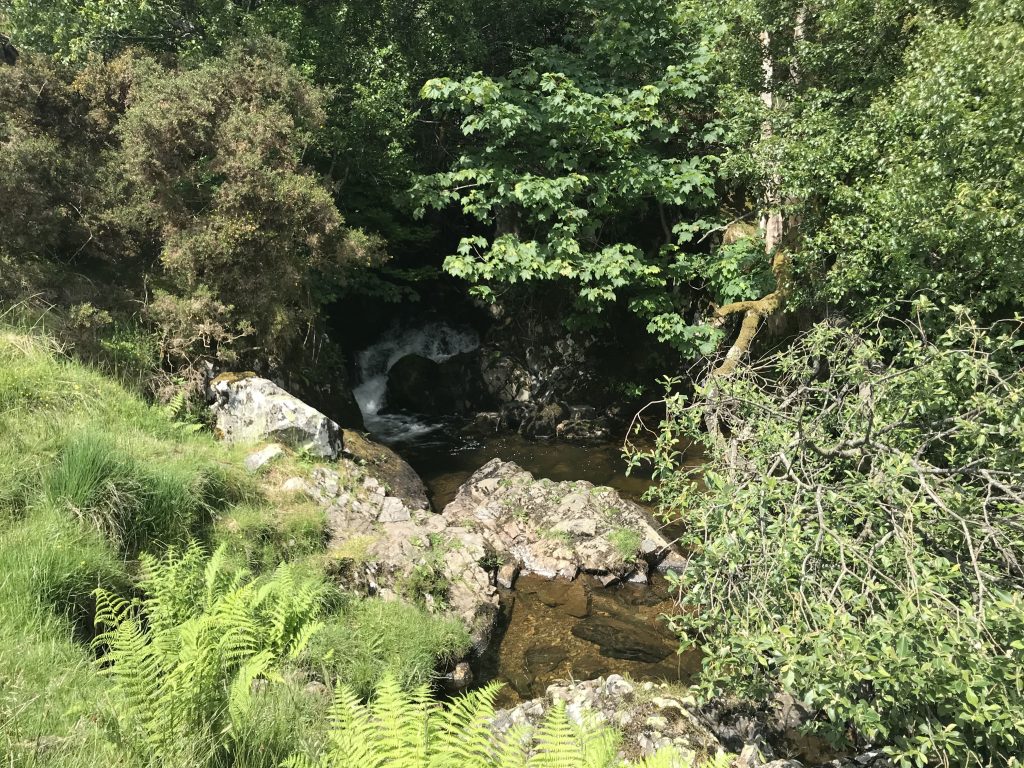 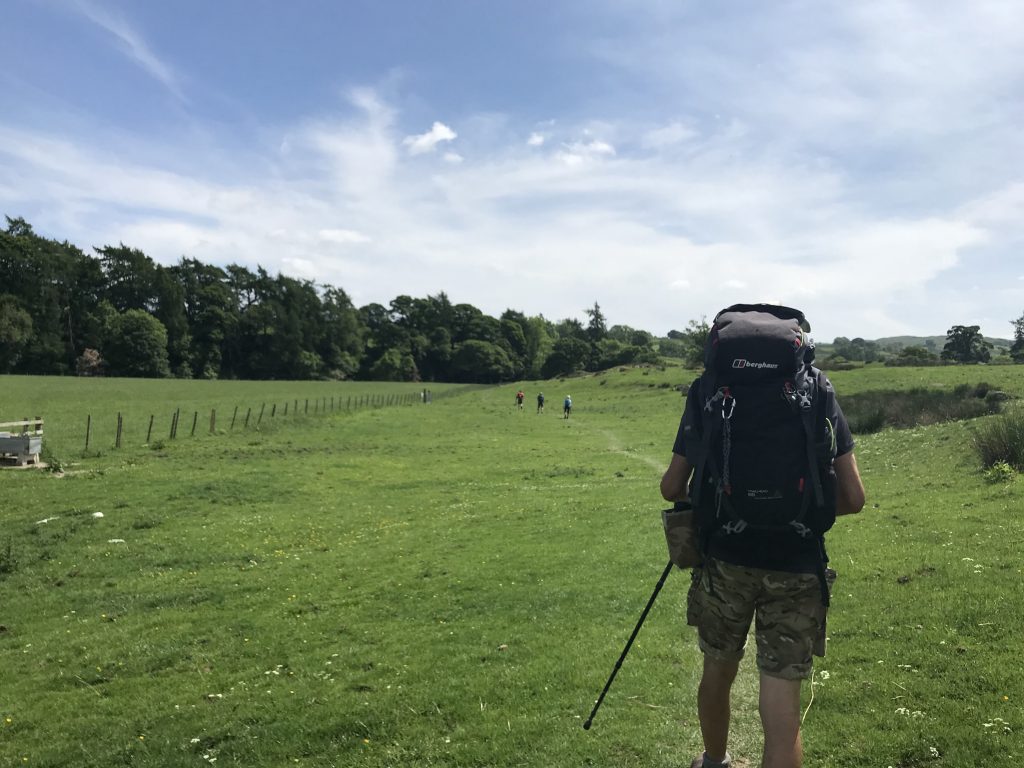 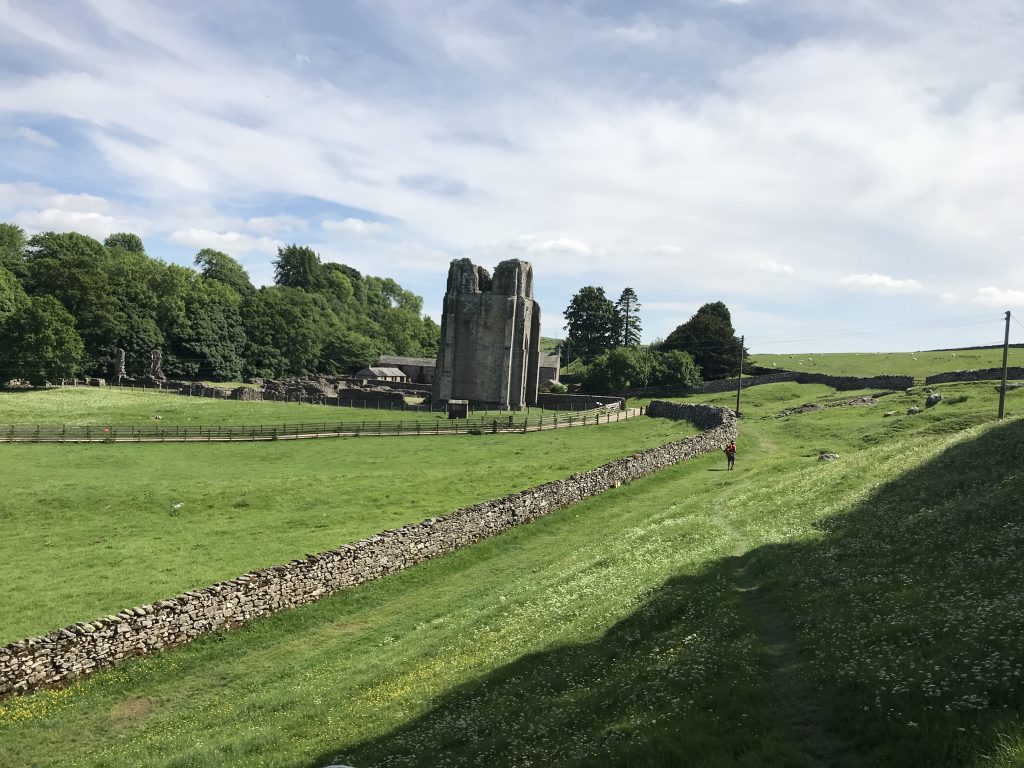 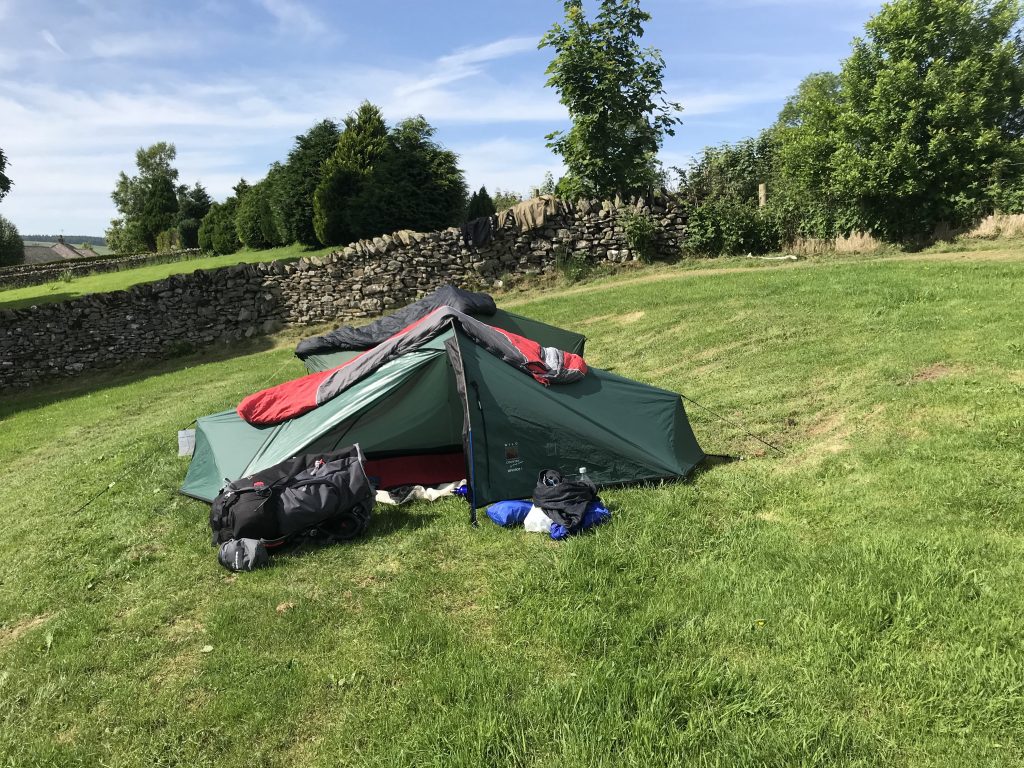 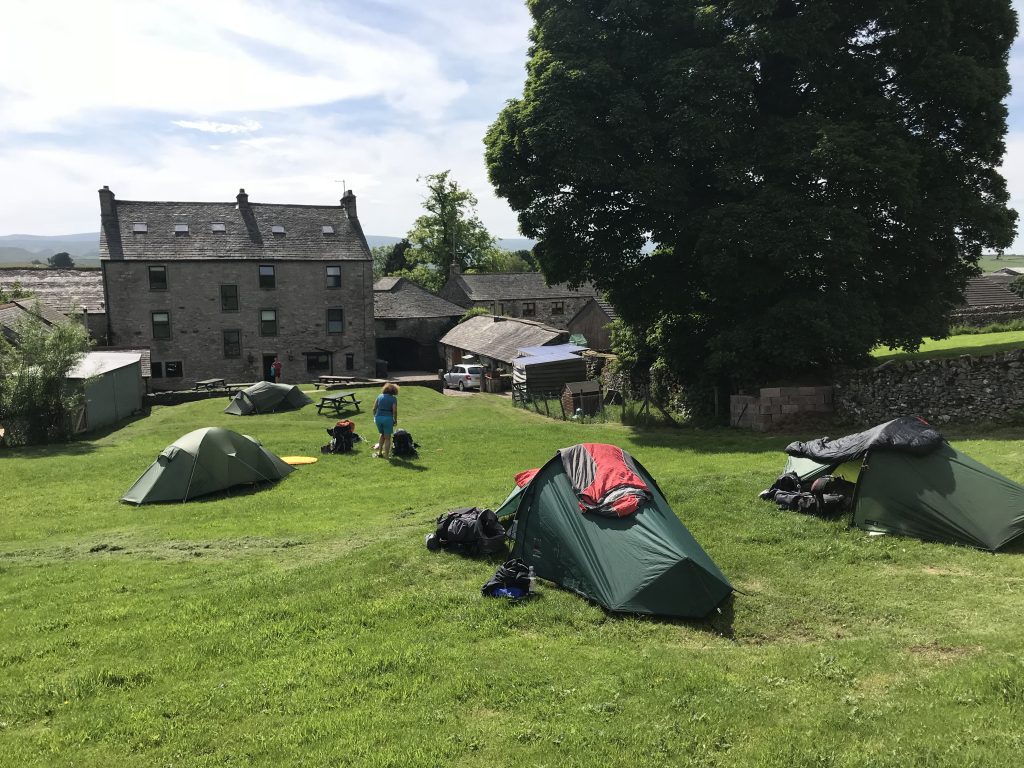