We walked out of Shap and across fields to cross a foot bridge over the M6. After the bridge we entered open access walking and this is were you really need map reading skills as there are no signs and even the map we hap did not follow designated footpaths. The land around us was so different than the days before, it was so open with limestone sticking up  and lots of rolling fields. You really did feel in the middle of the nowhere!!

Once we came to Orton Star we hit fresh pastures with fields of wild flowers which was different again. More lovely flat walking at we came to Sunbiggin Farm were the open access starts again. Here we joined the Dales High Way path and followed this to a dismantled railway which then took a bit of working out to which path we should then follow! Once we did we continued onto Sheepfold were a footpath took us 3 miles into Kirkby Stephen. This is a lovely country town but unfortunately for us most of it was shut as for a week travellers have been coming through and staying on their way to Appleby. So no cafes or eateries or campsites for us!! We did find a fantastic bakery open though where we purchased amazing fresh salads, rolls cakes… mmm.

Now we were fully loaded with food and water we went out the other side of the town to find our hotel, well piece of earth were we were going to camp. We walked a couple of miles through a plantation with small footpaths and overhanging trees, again very picturesque but no flat land to pitch a tent. When we got to the other side there was more open access land and after some searching Robin found the unbelievable bit of land that had fences to 3 sides and a stream to the other! It was just big enough to pitch 2 tents and if I did not forget where I was in the morning I would not crawl out of my tent and into the stream! What more could you want,  camping in the great outdoors,  stunning surrounding , water and food to cook and all after walking 23 miles . Life doesn’t get much better! 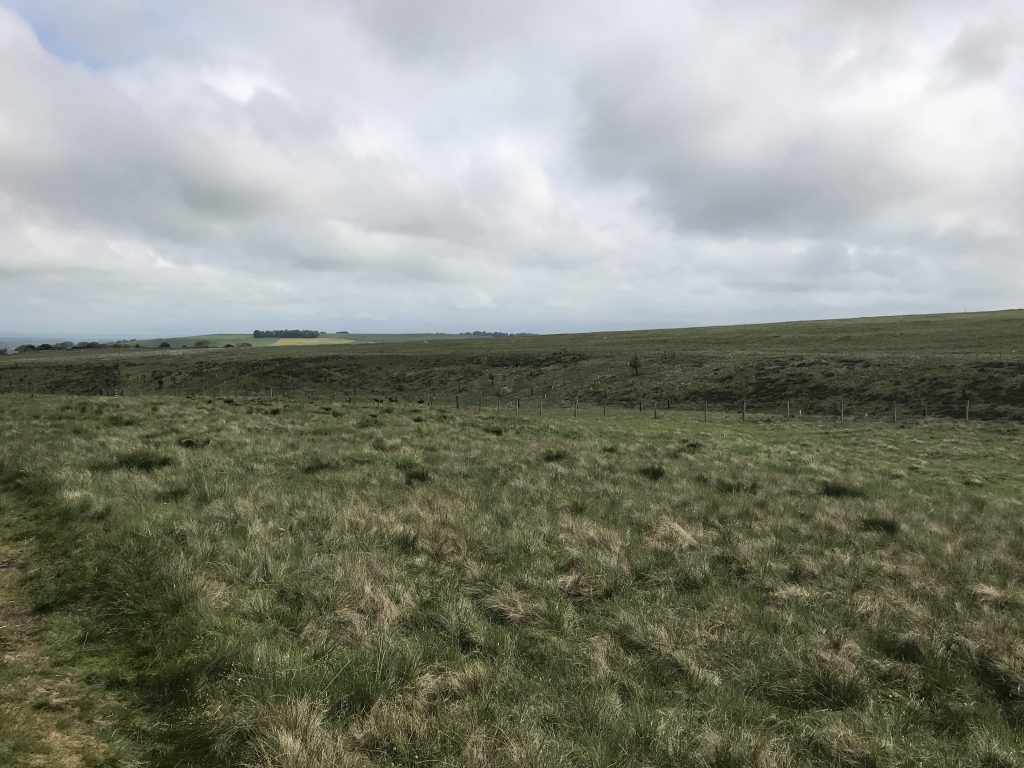 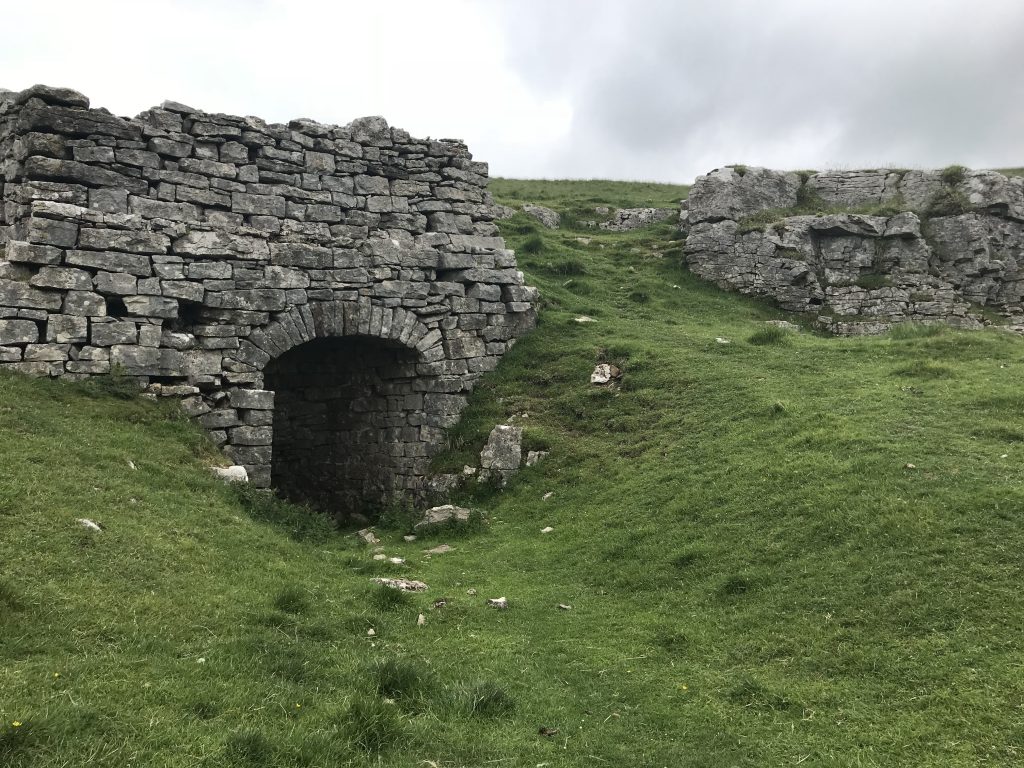 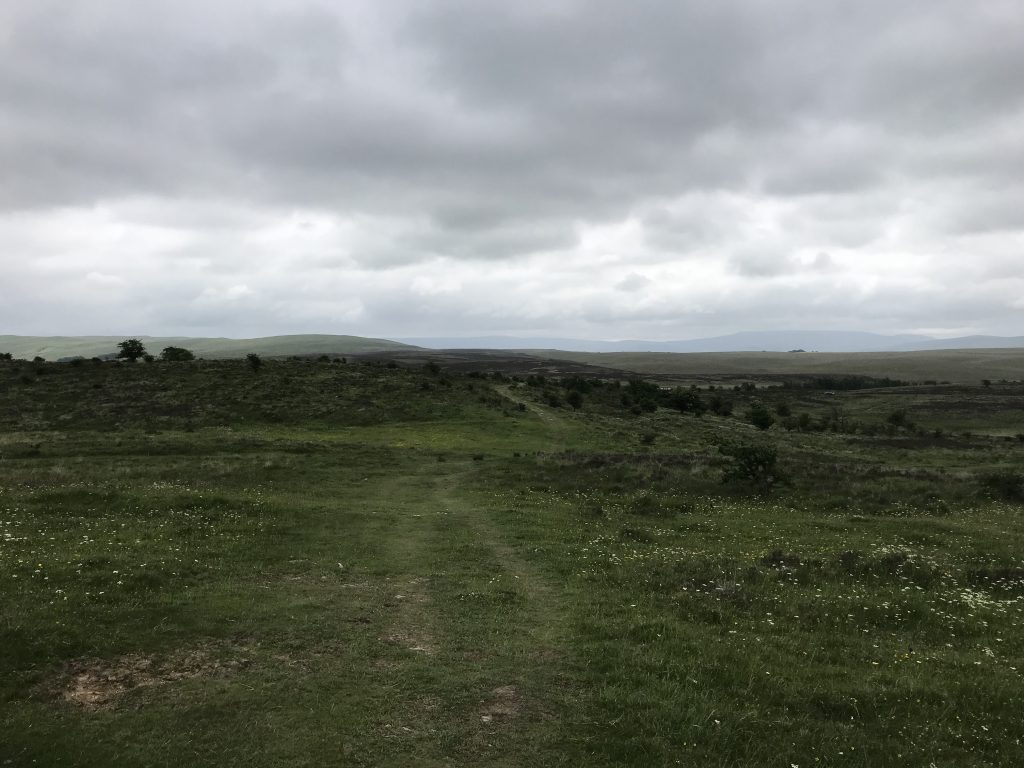 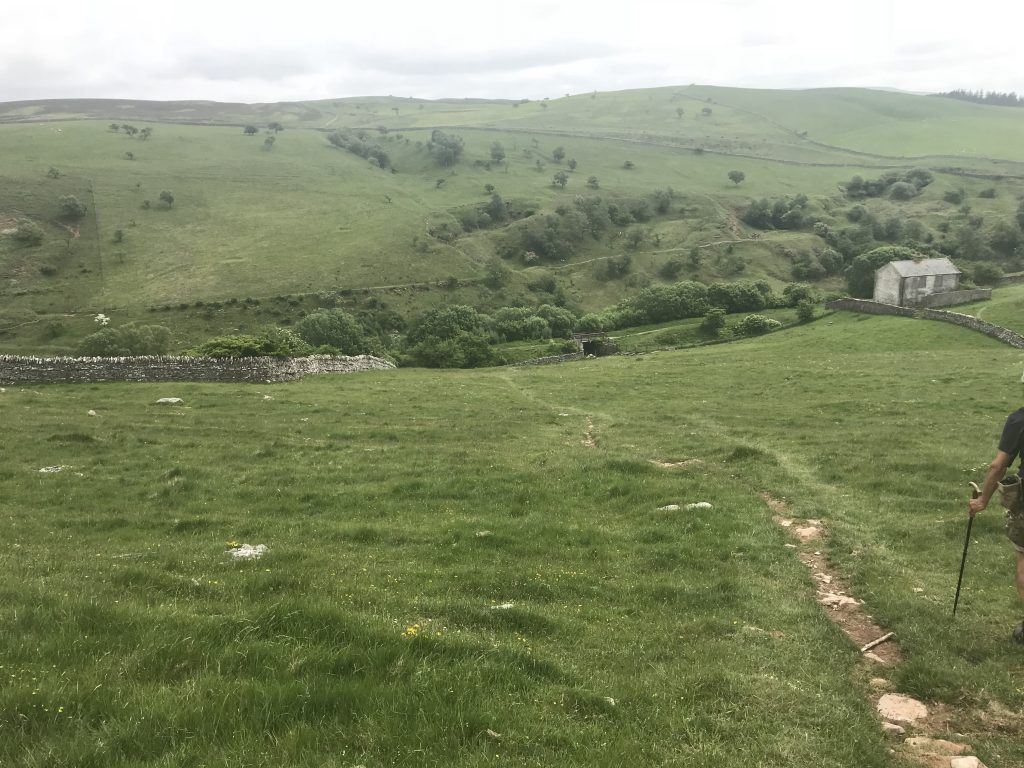 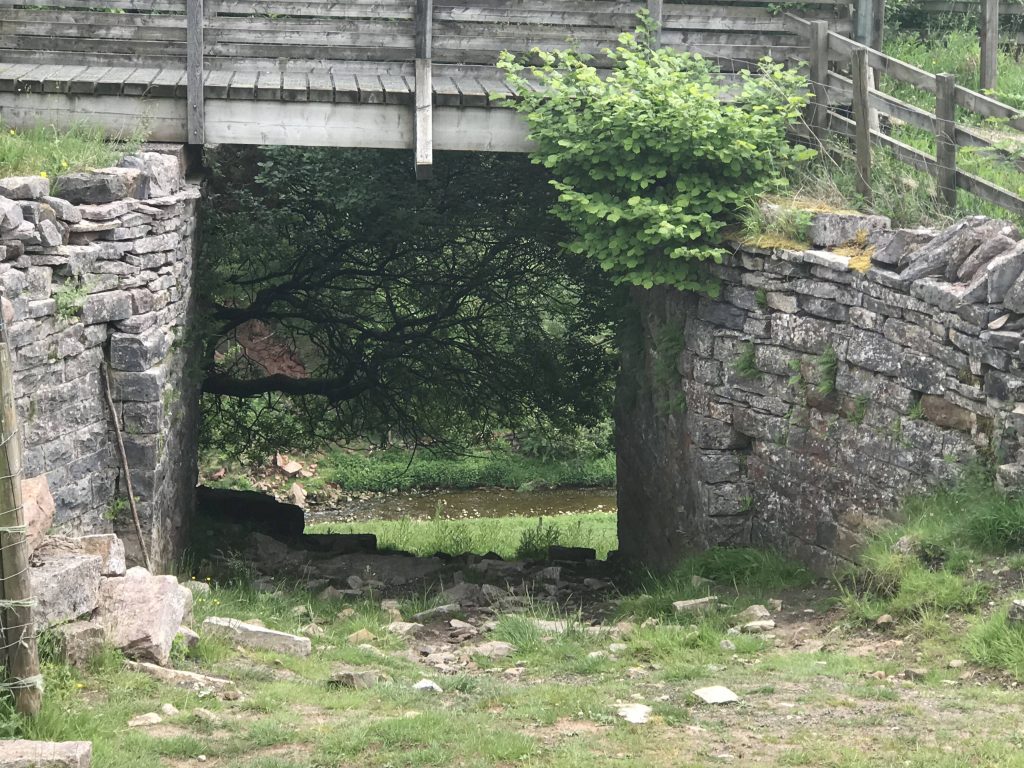 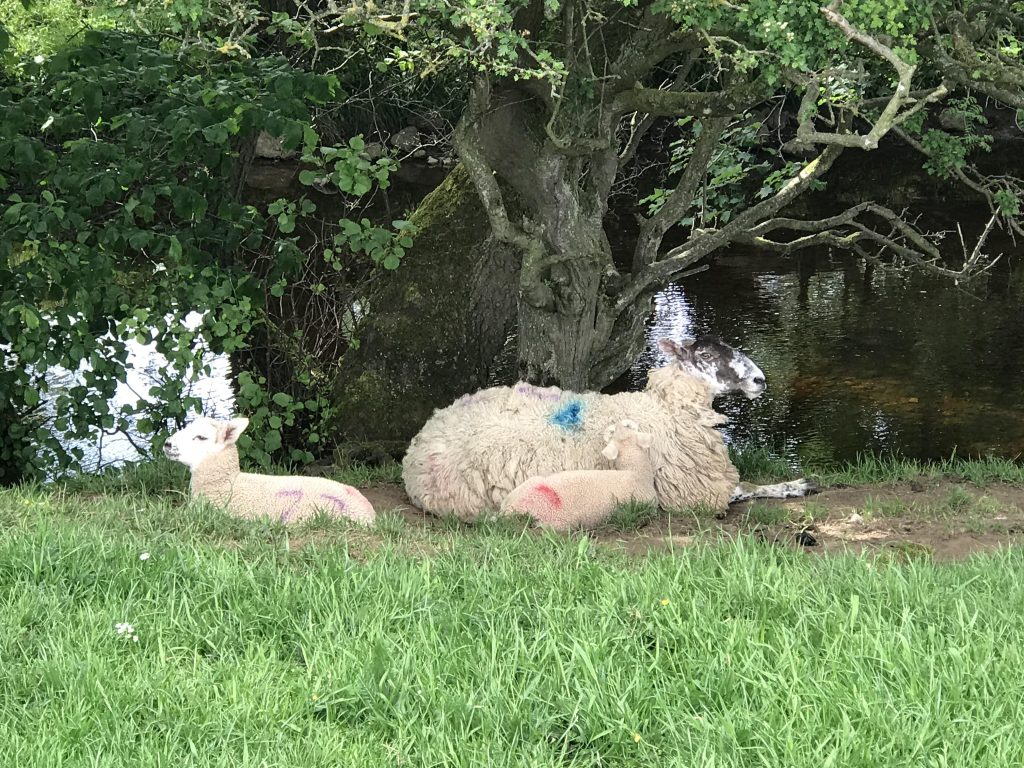 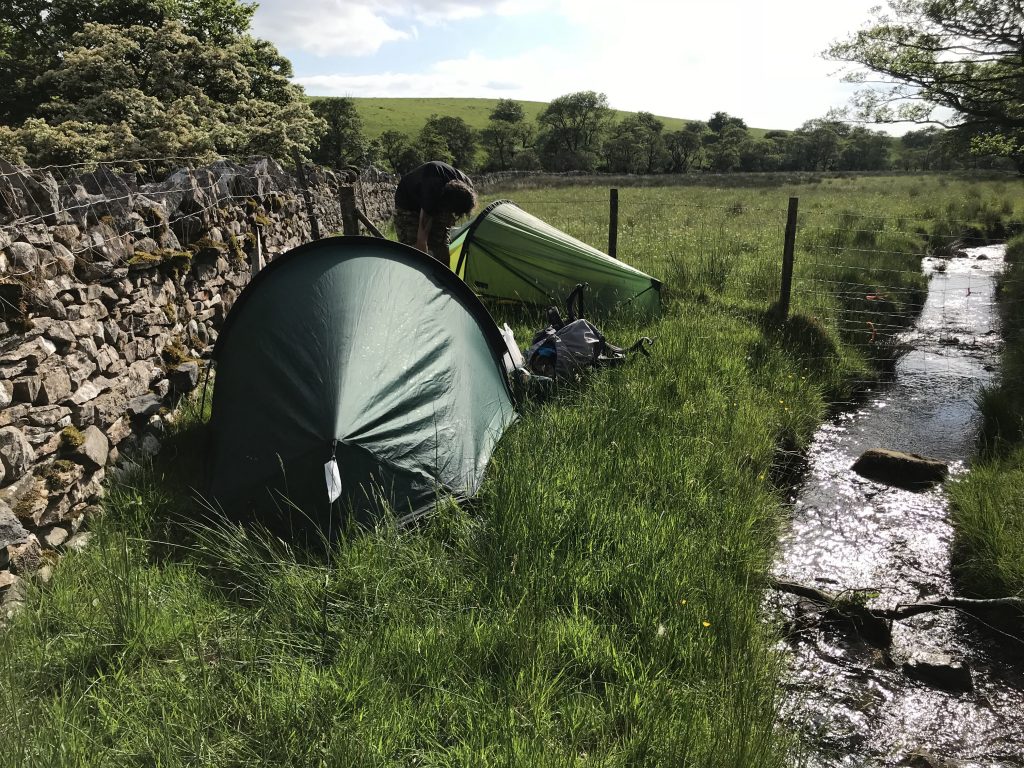 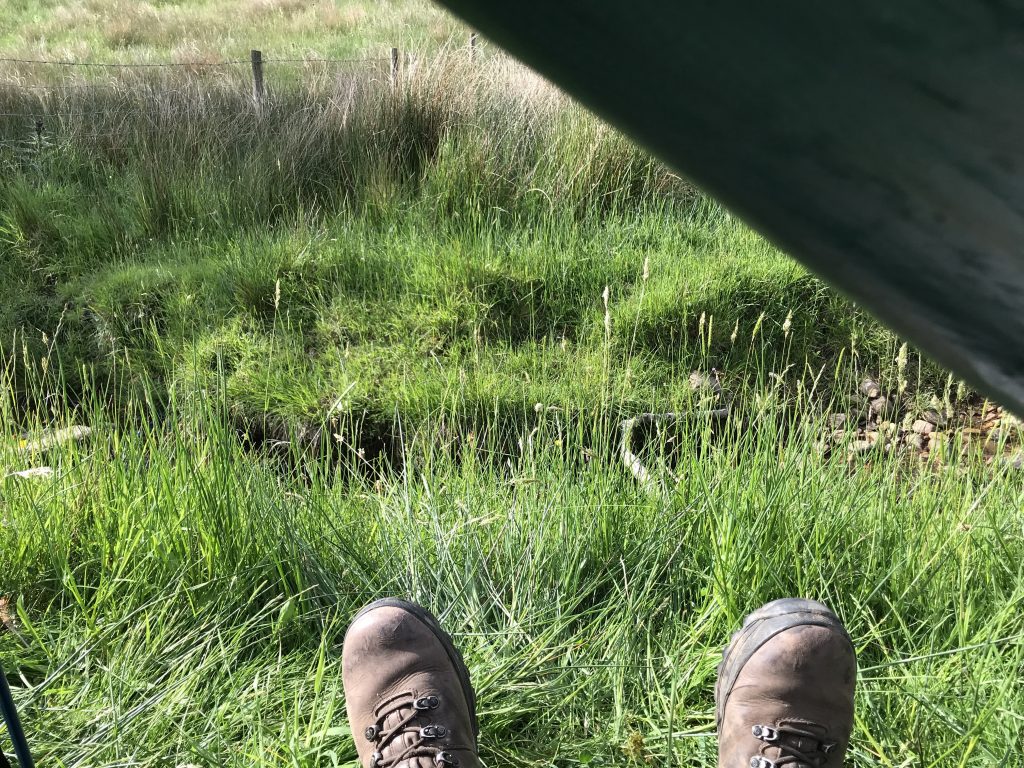 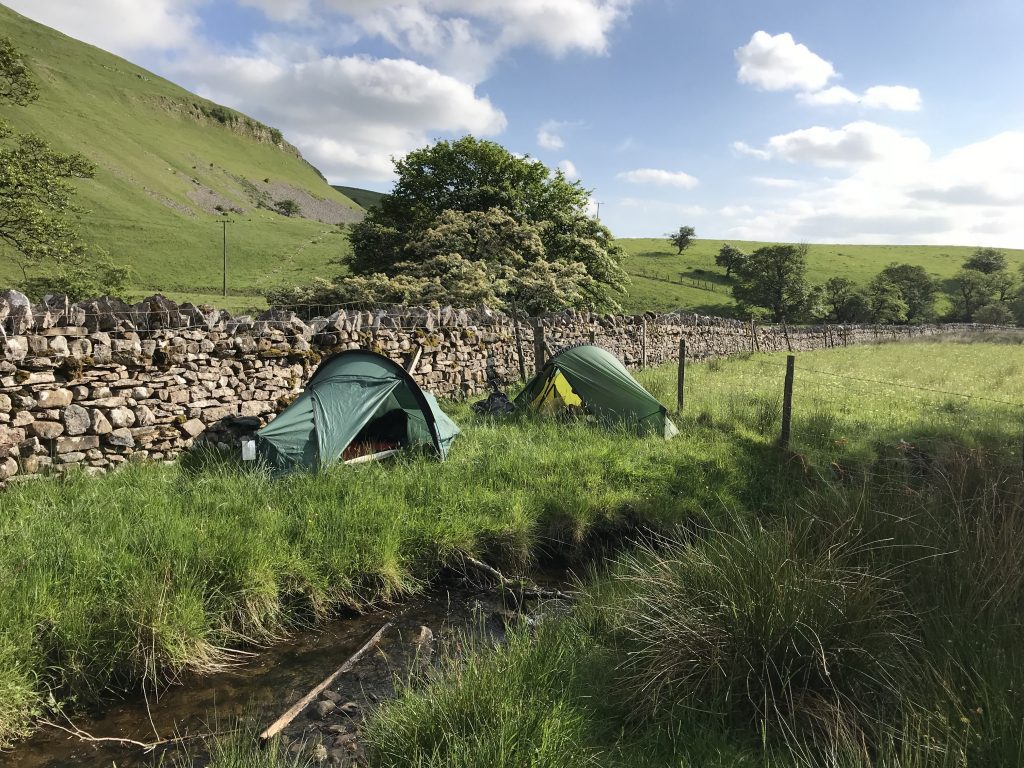